Transport fares up in Western North by over 25 percent - MyJoyOnline.com

Transport fares up in Western North by over 25 percent 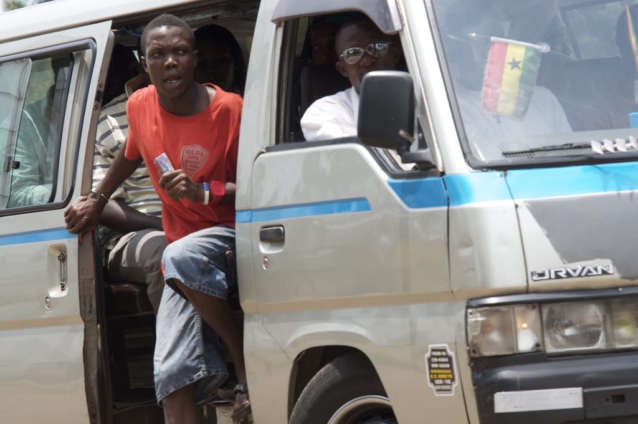 Transport operators and drivers in Western North Region have increased transport fares by over 25 percent.

This follows the directives by the Ghana Private Road Transport (GPRTU) for drivers to reduce the number of passengers travelling in buses and taxi cabs to ensure social distancing.

Some drivers explained to the Ghana News Agency, that they decided to increase the fares as a result of the reduced number of passengers to ensure social distancing.

Passengers and residents expressed worry about the situation, stressing that they did not understand why transport fares in the Region had increased while fares in other regions remained unchanged.

They called on the transport Ministry and Western North Regional Coordinating Council, to bring drivers to order since the increase was too much for them to bear.