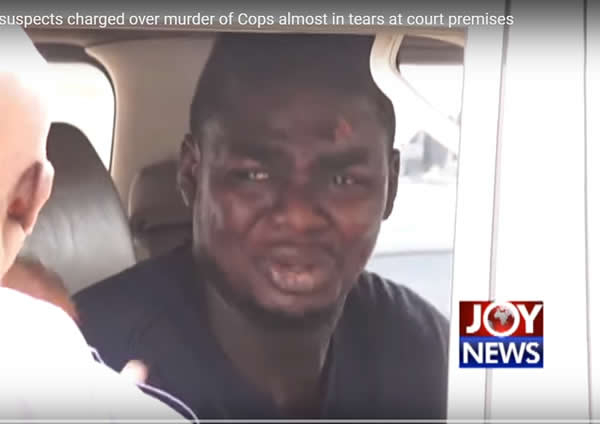 A suspect in the killing of two police officers in Kasoa in the Central region sobbed while leaving court Monday.

The suspect is one of seven charged with conspiracy to commit murder, abetment of murder and murder.