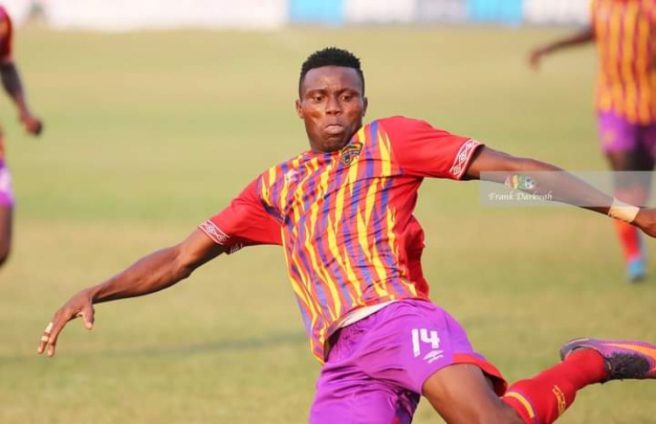 Hearts of Oak defender, Robert Addo has expressed appreciation to fans of the club for their show of love and affection.

Hearts, one of the traditional clubs in Ghana and Africa, have a large fan base, who demand a lot from the club.

After a period where the club struggled to impose themselves in the country, they finally succeeded at doing so last season, and as a result booked Ghana’s ticket for the CAF Champions League.

The return to Africa’s premier competition was accompanied by ecstasy and hype as fans were glad to see their club return to the grandest of stages.

In their first game of this season’s CAF Champions League, Hearts had to do it without fans, due to the coronavirus.

Ahead of the home tie versus Wydad however, CAF made provisions for 2,000 fans to grace the encounter at the stadium.

Robert Addo, who recognizes the magnitude of the task ahead, has urged fans to keep throwing their support behind the team. He told Joy Sports that

“We have to expect more from them because they are going to give us more. So we have to be ready for them and I can say we are very ready for them. Some few words I have for the fans is that we like the good work they are doing to us and we ask they keep supporting us and keep praying for us. We going to Morocco, we think we are going to bring something good home so they should keep praying,” he said to Joy Sports in an interview.

Hearts fans in Morocco will be unable to attend the game at the Mohammed V Stadium. This is due to the nature of the coronavirus in Morocco, and CAF’s directive for the game to be played behind closed doors.