We shall continue to celebrate Rawlings – Upper East Region NDC 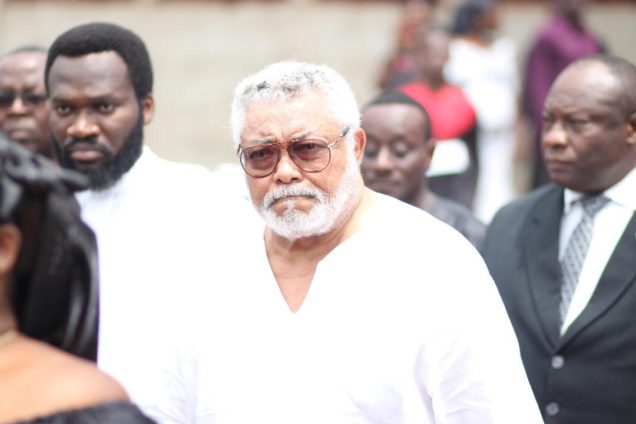 The Leadership of the National Democratic Congress (NDC) in the Upper East Region has said the Party shall continue to celebrate the late President Jerry John Rawlings as the beacon of democracy in Ghana and Africa.

It said Ghana has lost one of its most outstanding statesmen, “whose undisputable legacies, which are still fresh in the minds of Ghanaians, need to be upheld and projected to bring about sporadic accelerated development of our country.”

At the first remembrance ceremony of the death of the former President, on November 12, 2020, Mr. Donatus Akamugri, the Regional Secretary of the NDC, eulogised Mr. Rawlings and said his administration brought about improved security in the country.

“Lawlessness was the order of the day in Ghana until the emergence of our founder into the political arena that things began to change for the better,” he said.

Mr. Akamugri said former President Rawlings changed the perception of women’s participation in politics, as he gave equal opportunity to women and men in his administration.

He ensured antidotes were found to killer diseases such as guinea worm, polio, measles, Cerebrospinal Meningitis (CSM), and yellow fever.

“He promoted both rail and sea transportation to help carry large quantities of goods to our ports for export. As a professional pilot, the air transport sector was not left out,” he said.

He expanded access to education across the country, including using his own money as seed capital for the establishment of the University for Development Studies, and opened technical institutions in all the regions to promote practical-oriented studies, in addition to building a number of senior and junior high schools throughout the country.

Mr. Akamugri called on elders of the Party, Members of Parliament, former appointees, executives, and followers of the NDC to use the first anniversary of the passing of their leader and first President of the Fourth Republic to remind themselves of his legacies as well as serve as a guide in their political activities.

Leadership and members, as part of the programme, kept vigil at the Party’s office and undertook a commemorative march on the principal streets of the Bolgatanga Township clad in white.