Who gains most as Beyoncé champions African stars?

Some of Africa’s biggest music stars look set for success on a global scale having been handpicked by US singer Beyoncé to appear on her Lion King-inspired album.

While Nigerian stars like Wizkid and Burna Boy have already broken through to the mainstream in the UK and US, their collaboration with the superstar in The Lion King: The Gift is bound to give their careers a bigger boost.

The 14-track companion piece to the Disney film is filled with sounds akin to music currently rocking the continent. Beyoncé, who curated and produced the project, has called it a “love letter to Africa”.

“I wanted to make sure we found the best talent from Africa, and not just use some of the sound or my own interpretation of it,” she told ABC News.

“I wanted it to be authentic to what is beautiful about the music in Africa.”

Dilution or a new direction?

“A lot of the drums, chants, all of these incredible new sounds mixed with some of the producers from America, we’ve kind of created our own genre”, Beyoncé told ABC.

Alade said some artists claim to want to pay homage to their roots but are “all talk and no action”. This is not true of Beyoncé, she told the BBC.

“For someone of that calibre to dedicate time and effort to Africa, it goes to show our worth,” she added.

Afrobeats is perhaps the dominant genre thriving outside the continent – and in particular the UK. Along with Afropop and Afrofusion, these sounds are taking over playlists and dance floors across the world.

He said this is more accessible and “soothing” to such listeners.

“It eventually becomes a sound that is not Afrobeats in its purest form but the best of sounds that a Beyoncé audience will be able to digest,” Shopsydoo told the BBC.

“I know a lot of people are thinking: ‘Maybe she’ll steal the sound and create her own’ but I don’t believe that. [She’s] involving these guys and girls, sharing her fan base with them.”

But not everybody is onboard.

When the album was revealed, many East Africans shared their disappointment at being left out. Many of the film’s characters, after all, have Swahili names and animators for the original 1994 film reportedly based the setting on Kenya’s Great Rift Valley.

“We were not represented in her love letter to us. It hurts,” Kenyan singer Victoria Kimani said on Twitter. 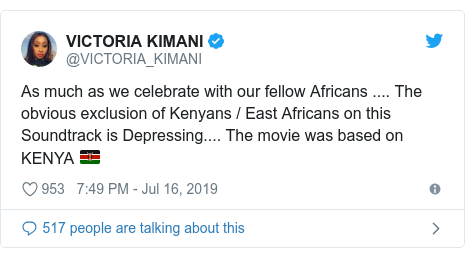 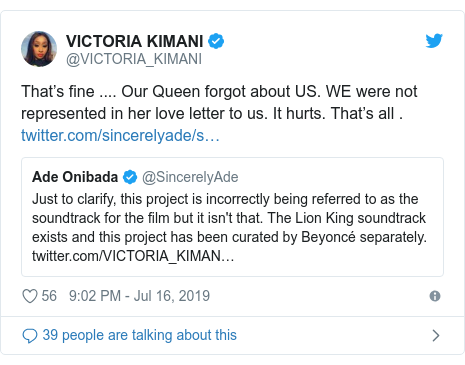 Prior to featuring on Beyonce’s latest album, some of these artists were already well on their way to global recognition.

Wizkid’s US breakthrough came in 2016, when he featured on Canadian rapper Drake’s hit song One Dance, becoming the first Nigerian artist to top the Billboard Hot 100 chart and the first song to hit one billion plays on streaming service Spotify.

This year also saw Mr Eazi and Burna Boy perform at Coachella in the US – one of the most famous festivals in the world. 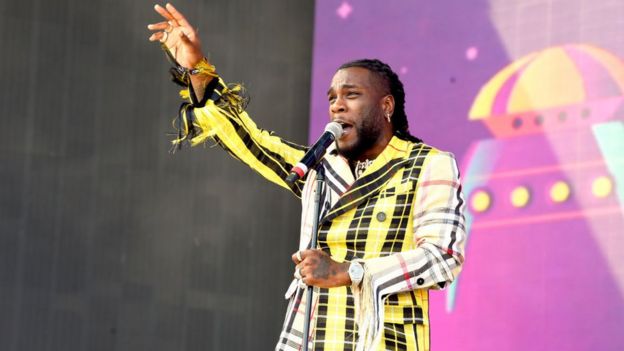 Burna Boy on the Coachella stage in April

Meanwhile Tiwa Savage, who already had a management deal with Jay-Z’s Roc Nation, signed an international recording deal with Universal Music Group in May.

“Americans and others are paying more attention now. The likes of Wizkid have shown how their presence on songs can help increase sales and listening across Africa and indeed all over the world.” 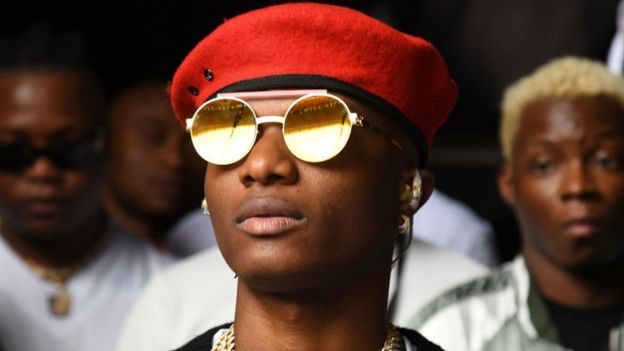 So for Shopsydoo, Beyoncé will also gain by working with the African stars.

“It’s a bigger platform for the pop and mainstream world to recognise African artists”, and also a “brand-new following for Beyoncé by collaborating with some of Africa’s pop culture icons”, he said.

“The smartest business people are those who reach out to collaborate first.”

Spotlight on the industry

“Afrobeats and Afropop are undeniably the fastest-growing black genres in the world outside of hip-hop,” broadcaster Shopsydoo told the BBC.

“It justifies the rush for African pop stars by international record labels.”

Digital music distributors TuneCore said World music, the category under which African music is mostly classified, is one of the fastest-growing music genres with a 57% increase in 2018.

But piracy, distribution challenges and the legal structure around contracts and records plague the music industry in many African countries. Artists themselves with surely be watching the changes most closely. 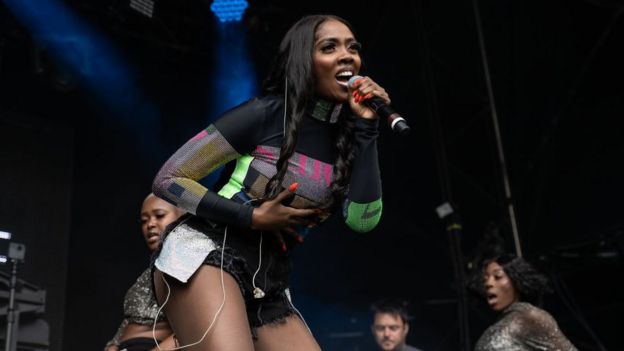 International record labels like Universal Music Group have already expanded to the continent with offices in Nigeria, Kenya, Ivory Coast and South Africa.

“The talent on ground is burgeoning and blooming and the international market is yearning for more,” Universal Music Nigeria’s general manager, Ezegozie Eze Jr, told the BBC after the company’s Lagos office opened last year.

“Nigerian artists have already demonstrated that they can sell out international venues. Their music is being played on high rotation on radio stations and clubs across Africa, Europe and the rest of the world and now is the time to take it to the next level.”

Fans of US-born Beyoncé have been sharing a 2009 clip in which the singer reveals on stage that her ancestors were Nigerian, before performing the country’s national anthem:

Beyoncé’s interest in the continent has been evident over the years in her photo shoots, music videos, lyrics, performances and fashion choices.

Thank you to the talented African designers who kept me feeling fresh. Y”™all go so hard. ðŸ

Nigerian visual artist Laolu Senbanjo, known for his Sacred Art of the Ori, adorned the singer and her dancers with body paint for the 2016 music video Sorry.

Beyoncé also referenced the Yoruba deities Oshun, goddess of fertility, and Yemoja, goddess of the water, in her 2017 Grammy performance and an underwater photoshoot while pregnant. 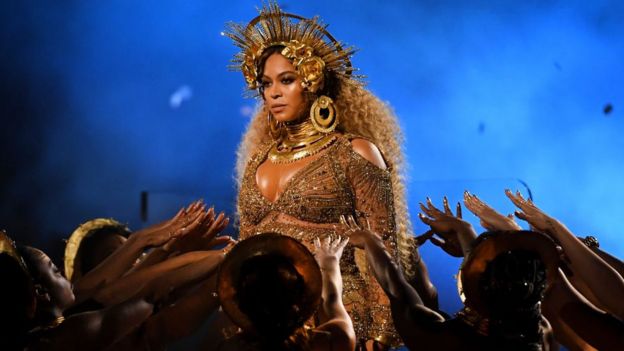 Artists featured on The Lion King: The Gift say Beyoncé’s support for their talent underlines what African audiences have known all along.

“I feel like this is a great moment and there’ll be more to come,” Yemi Alade told the BBC.

South Africa’s Moonchild Sanelly, a huge Beyoncé fan who has long dreamed of such a collaboration, agreed.

“At this point I have ticked the box of my lifetime and I have just started.”