Why Ghana will beat Nigeria in the 2022 World Cup playoffs 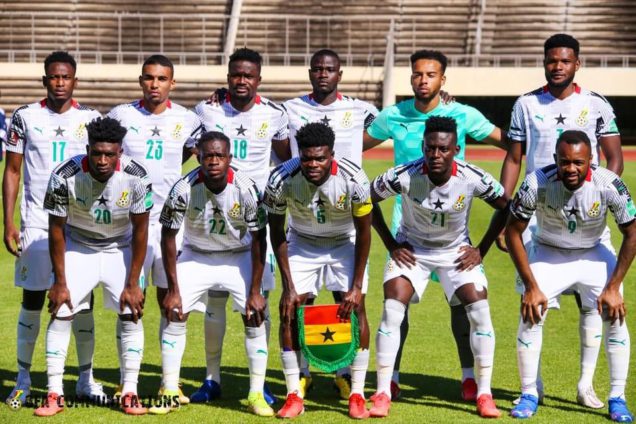 The immigration officer says she looked up and asked the gentleman with balding hair to take off his nose mask. He did, and that’s when she did a double take.

She looked at him, then down at the passport. Addo, Otto.

“Are we winning the match?” she asked, simply.

“We’ll give it all we’ve got,” came the soft-voiced reply.

Addo had arrived to begin preparations toward facing an old foe. As head coach, he’ll be leading the land of his parents, Ghana – a country that whose anthem describes itself as the motherland – against Nigeria, whose anthem says it is our Fatherland.

It is one of many glorious mysteries surrounding what has been the most talked about of all five World Cup qualifier playoffs. In the end, though, the Black Stars will win, and here’s why.

A time to emerge

However, over the past fortnight, the message from Ghana’s coaching team to the available players has been simple: this is your time to write your own story.

For neutrals, the Ghana side that will face the Super Eagles will be almost unrecognizable, with a plethora of recent debutantes and plenty of which-player-is-that moments expected. While this may not be a good time to experiment with new talent, it is also the perfect opportunity for a new era to begin.

Ghana is yet to experience its Damascus moment with Thomas Partey, and the Arsenal player has been in sparkling form recently, winning his club’s last Player of the Month award amidst a string of fine contributions. The mercurial Mohammed Kudus, whose talent seems to live for big games, could not choose a better time to show it than against the old rival that is Nigeria.

Every single player has something to prove. First, to themselves, and then to a skeptical Ghanaian public. This will also be the first time Otto Addo handles the team. That collective hunger, purpose and talent could be the key to a famous derby victory.

Ghana had a terrible AFCON in January, and for the first time in its history the Black Stars crashed out at the group stage without winning a single game. It was not as if the football was decent; it was grim, disjointed, untidy.

The headlines will tell you that player for player, the Black Stars are nowhere close to their Super Eagles cousins at the moment. That is true, and a lot of Nigerian fans have bought into the narrative. With the Black Stars firmly established as underdogs, fans of the team have very low expectations. Historically, it is in times like these that the team produces blinders. Nigeria will, literally, not know what hit them – because they wouldn’t know what to expect.

Ghana’s build-up to the game has been little short of chaotic: they’ve struggled to find a venue, racing against time to get the initially-slated Cape Coast Stadium to be ready for the first leg – and failing. Last week, CAF moved the tie to the Baba Yara Stadium in Kumasi.

On the surface, it’s looked very much like Ghana does not know what it’s about. However, a few sources in the FA would have us believe that switching to Kumasi, Ghana’s traditional football sanctuary, was the plan all along.

Even more damning has been the decision not to release the Black Stars squad. The FA only published the list of invited players on Tuesday morning, three days to the game. To say this is unprecedented in recent Ghanaian football history will be stating the bleeding obvious; to wonder how this has affected the psyche of Black Stars fans will not be far behind. The authorities have alienated the fans in a way not seen since the dark days after the 2014 World Cup, and yet, within the corridors of power, there is an unshakable ‘us-against-the-world’ feeling. That siege mentality has been passed onto the players, and it is that which could deliver a victory across two legs.

In short, is Ghana willingly making its own fans and opposition believe there is no hope, while quietly plotting a smooth sleight of hand in the double-header? Yes.

It was Kumasi that delivered the unprecedented 6-1 victory against Egypt on the way to the 2014 World Cup as Ghana got a 100% home record in qualifying. Before then, the venue delivered two out of three home wins en route to the 2010 World Cup. And before that, Kumasi was where the Black Stars won five out of six home games as the team qualified for its first World Cup in 2006.

But why is Kumasi so good to the team? For one, the city has an outstanding match-going culture where rallying behind its teams regardless of result is the norm. And that is what Nigeria is likely to experience on Friday, which should be enough to deliver a good result ahead of the second leg in Abuja.

There is the temptation to think that fans will be hostile toward their own team because of the chaotic preparations leading to the game. Expect the opposite, as the city has given signals that it plans to scream itself hoarse to ensure victory, while the country deals with its issues after qualification is, hopefully, assured.

DISCLAIMER: The Views, Comments, Opinions, Contributions and Statements made by Readers and Contributors on this platform do not necessarily represent the views or policy of Multimedia Group Limited.
Tags:
Black Stars
Nigeria
World Cup Qualifiers