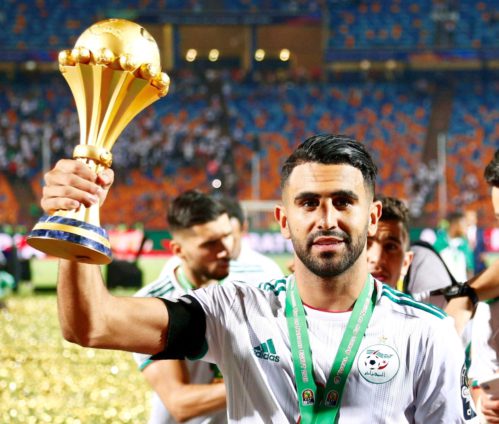 The World Leagues Forum (WLF) has sent a letter to football’s highest governing body Fifa and the Confederation of African Football (CAF) expressing their unwillingness to let players leave for the Africa Cup of Nations (AFCON) until January 3.

According to Fifa’s regulations, clubs have been given a deadline of December 27, 13 days away from the commencement of the tournament to release players for the AFCON.

However, the WLF in their letter described the date given as “unreasonable and disproportionate” as clubs and players will be needed in action during that time.

The body, which also represents over 40 professional leagues, revealed they have not received any feedback from both Fifa and CAF despite writing to them twice in the last month, adding that any punishment for their decision not to allow the players leave would be “null and void.”

“As indicated in our unanswered letter of 19 November, more than a month ago, we consider that the Fifa rule must be adapted,” WLF General Secretary Jerome Perlemuter wrote in a letter sent on Thursday and seen by Reuters.

“As a consequence, in order to mitigate the impact of the decisions made on the Afcon, we consider that the release of players shall start on 3 January for those clubs and players having matches before then.
“We will also consider that any sanction imposed by Fifa will be deemed abusive, null and void.”

Reuters is also said to have reached out to both Fifa and CAF to seek their comments on the letter.

Despite majority of the leagues going on a winter break, the English top-flight has three rounds of fixtures scheduled between Boxing Day and the first week of the new year.

After missing out on the chance to host the continental showpiece during the summer due to weather concerns, the AFCON will be held in its traditional slot between January and February.

With clubs still expected to pay their players’ salaries while releasing for them for free for the AFCON, the WLF expressed that that would be against “CAF’s initial commitment made in 2017” to have the competition in June and July.

The last edition of the AFCON, which was held in 2019, was played between June and July, which was also the close season for majority of the leagues.

“Our clubs gladly commit to this solidarity scheme. But in consideration, we expect decisions not to be made in isolation by Fifa and CAF. We urge for more dialogue and cooperation in matters relating to the match calendar,” Perlemuter added.