13 toxic phrases you should absolutely never say to your kid 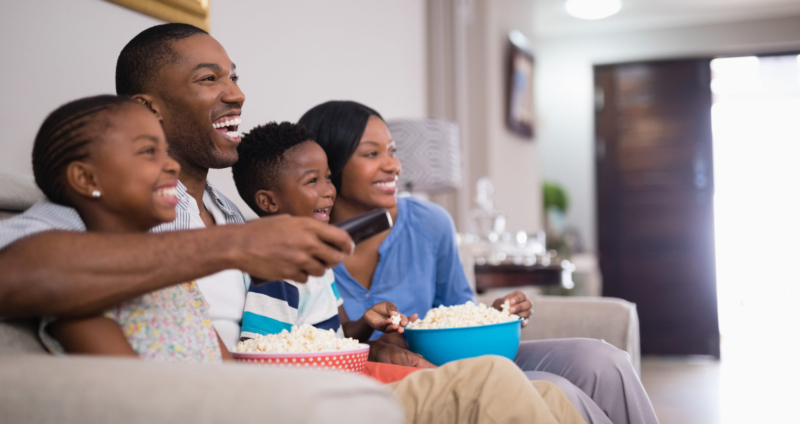 Parenting is hard. It’s a clichéd, blanket statement, but it holds a lot of truth, right?

Kids are messy, they are loud, and they can drive you up a wall. But regardless of how they make you feel, there are some toxic phrases for kids you should never say.

You learn from an early age the power words have over others, so just imagine the power you have when you speak to your child — the little person that’s relying on you for absolutely everything. When you speak to them negatively, when you tell them they’re being destructive or loud, when you shout at them to leave you alone, you’re telling them one thing — that they don’t matter.

Kids can be influenced very easily. It won’t take many times of you telling them that they are annoying before they start to believe that they are a nuisance their own mother can’t handle.

Certain phrases tear your children down instead of building them up and can have serious consequences for their self-esteem and confidence.

No one’s saying you have to over-praise your child and tell them they are perfect, but you should use positive language, even when scolding, and remember that no matter how short your fuse is, they are children.

They can’t take the heat you’re doling out like adults can and, whether you agree or not, you don’t have a right to let your frustrations out on them.

We all make mistakes, but take care to not say these 13 things to your child.

If your child is crying, then they are upset. Sure, it’s frustrating that the reason they’re crying is because you gave them the exact snack they asked for, but kids are kids.

How many times have you, as an adult, burst into tears over nothing? Telling your children to stop crying is telling them that the way they process their emotions isn’t OK.

Watching your 3-year-old try to zip his own jacket with mittens on is hard, I know. Especially when they are insistent on doing it on their own.

But the phrase “just let me do it” can be damaging. Instead, ask them if they need help or ask if you can show them a trick to making it easier.

And sure, there will come a point when you think, “I don’t even like my own kid right now.” But you can’t say that to your little mini-me. Instead, tell them you don’t like the way they are acting or the way they are speaking.

How do you know? I once got upset because I lost one of my child’s boots in Target and cried the whole way home. I felt like an idiot, but I had my reason for crying, and so does your child.

They have every right to be upset about something and, often, the reason they’re upset may be something normal like they’re exhausted or hungry. (Seriously, if anyone knows the life of a child being hangry, it’s my kid and me.)

This phrase covers a whole range of situations.

I’ve heard parents say this to older children crying, to big kids having accidents, and even to preschoolers who are over-tired. It’s belittling, end of story.

Lots of mommy martyrs like to use this one. Of course, you sacrifice a lot; you’re a mother. But your children didn’t ask to be here.

They didn’t ask you to have them. Reminding them that you sacrifice a lot for them makes you the queen of guilt trips and can make your children feel like they owe you something for being a mother.

We all need quiet time as parents, but you should say that instead: “Mommy needs a little break” or “Mommy is going to have some alone time.”

There’s literally no reason to say this to your child. You’re going to make them feel bad if they’re old enough to process that statement, or you’re just putting it in their head that they are a nuisance.

It’s annoying, I know. But you want your kids to be curious. You want them to question their surroundings, to ask you about things they hear and see.

You’re basically telling your child that their feelings don’t matter and that they need to hurry up and move past a situation. Unfair.

But everything is a big deal to kids. Literally, everything.

If they finish a puzzle, if their ice cream cone falls to the floor, and seeing a giraffe at the zoo — all enormously big deals.

Shy. Bratty. Rude. Talkative. Loud. This is your child. They are going to do things and say things and sometimes you’re not going to like it.

But telling them not to be something doesn’t help. You can ask them to “be more grateful” instead of saying, “don’t be so rude.” It’s all about positive reinforcement.

Whether it’s about their friend at recess that ate a wood chip or that they are now a Buzz fan instead of Woody, it’s important to them. It’s important that they share things with you, that they ask you what you think.

They want you to be just as excited as they are, so muttering that you don’t care makes them feel like their thoughts are pointless. If you don’t care, why should anyone else?

DISCLAIMER: The Views, Comments, Opinions, Contributions and Statements made by Readers and Contributors on this platform do not necessarily represent the views or policy of Multimedia Group Limited.
Tags:
Family
Parenting