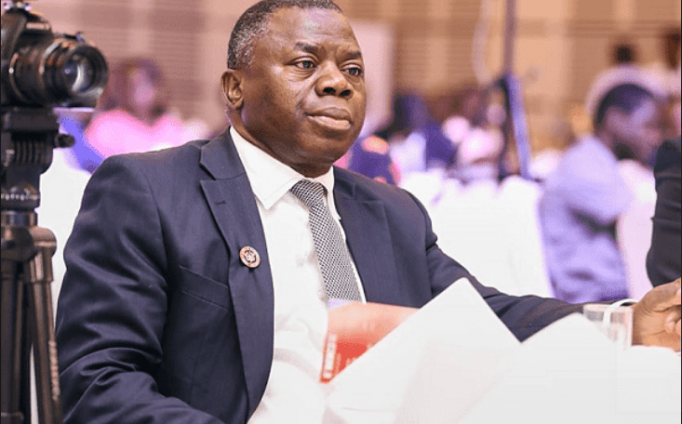 A former President of the Association of Banks, Alhanssan Andani is of the view that it is time for the Bank of Ghana (BoG) to take a second look at the Monetary Policy Committee’s decisions to increase the policy rate in recent times.

Mr. Andani argued that the recent rate hikes have not yielded the targetted results of bringing inflation rate down.

“The economy is not responding, and maybe the time has come for the Bank of Ghana to review its stance”, he stressed.

Mr. Andani, who is also the former Managing Director of Stanbic Bank Ghana was speaking on PM Express, Business Edition with George Wiafe on September 29, 2022.

“I don’t think that real sector is responding to the monetary policy rate hikes”, he said.

He indicated that in markets where policy rates are responsive, changes in the rate quickly send signals for adjustments in the market.

“In markets whether there is correlation between the real sector and monetary, yes then policy rate should be increase”, he said.

The Bank of Ghana has argued that the policy rate hikes were needed to help check demand driven inflation.

Justifying the increases, the Monetary Policy Committee argued that the increases were needed to control the general price levels of goods and services.

The World Bank Country Director, Pierre Laporte recently warned that, inflation rate could have reached “ troubledlevels”  if the Bank of Ghana had not been consistent with the Policy Rate hikes.

Finance Minister Ken Ofori-Atta at a Press Conference on September 28, 2022 announced that government is yet to take a decision on restructuring of the country’s debt.

“ We simply have not reached any agreement with the Fund on the parameters of any debt operations as we are in the process of completing the debt sustainability analysis,” he confirmed.

“Government shall continue to actively engage all stakeholders in a clear and transparent manner as we seek to fast-tract the IMF negotiation process”, he added.

But speaking on PM Express Business Edition, Mr. Andani noted that should government decide to go ahead with the debt restructuring, the processes must be done to ensure that pension and household funds are protected.

Mr. Andani observed that protecting pension funds and household funds will be one of the surest ways to protect the financial system.

Disagreeing with accusations that banks in Ghana are not innovative, Mr. Andani said it will be unfair to blame banks for the high interest rate in the country.

He stated that banks remain the safest place for investment despite the current economic challenges.

Touching on the Ghana cedi, Mr. Andani was of the view that the perianal depreciation of the local currency may not end soon until the country reduces imports.

He stated that high imports of basic goods that can be produced in the country put pressure on the cedi since more dollars will be required to bring in such goods.

DISCLAIMER: The Views, Comments, Opinions, Contributions and Statements made by Readers and Contributors on this platform do not necessarily represent the views or policy of Multimedia Group Limited.
Tags:
Alhassan Andani
BoG