Coastal Volta is being washed away – Anloga residents cry 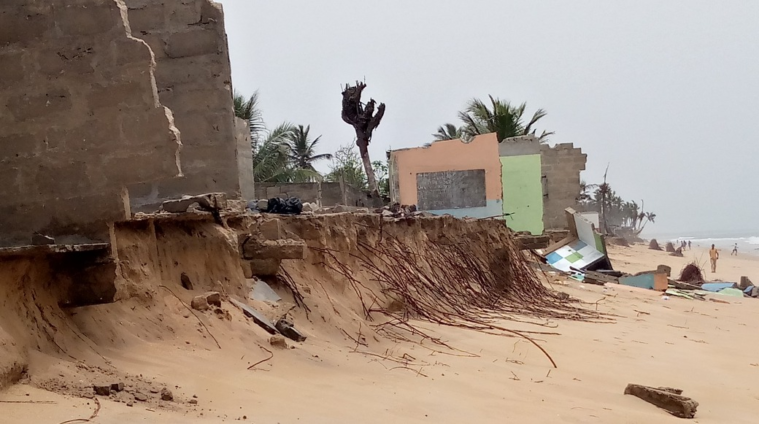 Residents of Anloga District in the Volta Region have expressed worry over the threat posed to coastal communities by the devastating effects of the sea, threatening lives and property.

They said pleas of the three coastal districts, Anloga, Keta and Ketu South, for government’s intervention to curtail the perennial sea erosion had yielded no results.

Kedzikope and Abutiakope (Keta Municipality) and Tegbi (Anloga District) had, however, experienced less severe tidal attacks from the second half of 2020.

The dialogue on the theme: “Peaceful Coexistence through Inclusive Society” was attended by traditional and opinion leaders, youth and civil society groups.

It is expected to be held in 18 communities in the Volta and Oti regions to address those concerns for national cohesion.

A participant,  Mr Senyo Amegadzi, said the fact that successive governments looked on while sea erosion wreaked havoc on the communities was discriminatory enough.

“There are lots of things that make us feel we’re not part of Ghana. After sea erosion destroyed parts of Keta, we’re still watching the destruction of coastal communities at Fuveme, Agavedzi, Salakope and the rest. Do we not matter?” he asked.

The Chief Fisherman of Anloga suggested that government could dredge the sea to curb the rising tidal waves and reclaim more land as a permanent solution to the perennial sea erosion.

Ken Kpedor of Anlo Youth Council bemoaned the delay in commencing the Phase II of the Sea Defence Project, adding, “Our coast is receding at a rate of 2.2m per annum against 0.6 per annum for the rest of the country, yet resources are rather directed to other parts of the country.”

Sheikh Mohammed Salman, a Governing Board Member of the NPC, described the dialogue as frank and fruitful, and the concerns would be factored into the final recommendation to ensure a strong and united Ghana.

The programme was chaired by Most Reverend Emmanuel Fianu, a member of the Board.

The delegation included Rev Seth Mawutor, Regional Chairman, NPC, and Mr David Normanyo, the Regional Executive Secretary, with Dr Ken Ahorsu of the University of Ghana as the facilitator.