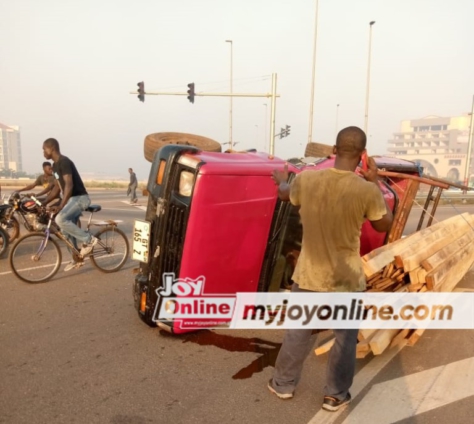 President of the Ghana Institute of Engineers, Ing Prof Charles Adams says the country is at risk of suffering more carnage as many of the networks have outlived their usefulness.

The lack of maintenance is a major source of worry, according to the expert.

Prof Adams explained that major roads like the Accra-Tema motorway and the Kumasi road network have not seen any substantial improvement since their construction.

Speaking on Joy FM’s Super Morning Show, the expert insisted that continuing in this tangent will only lead to more avoidable accidents.

On the back of this, he wants the government to adopt short-term plans like patching the potholes and road overlay which can last a five-year period.

“You [government] can patch the potholes very quickly, which will take now to few weeks, and some contractors can be deployed very quickly. Maximum of one to three months, we should be able to go through the procurements process so we can overlay it. In six months everything is in place and it will last us more than three, four, five years,” he said on Tuesday.

Ing. Adams also indicated that this short-term plan will help save government more money than will be needed when they are ready to fix it.

“We will need to have a plan for the motorway and so many other roads otherwise, if we are going to have to borrow money to do these roads again as we have been doing, we will pay almost ten times the cost you will have done to maintain it by simple overlay,” he mentioned.

DISCLAIMER: The Views, Comments, Opinions, Contributions and Statements made by Readers and Contributors on this platform do not necessarily represent the views or policy of Multimedia Group Limited.
Tags:
Accident
Ing Prof Charles Adams
Roads