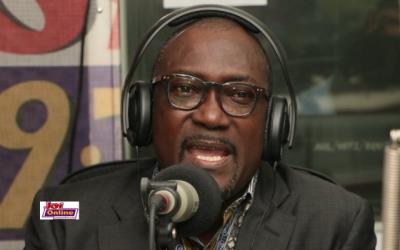 Executive Director for the Ghana Centre for Democratic Governance (CDD-Ghana) has identified a number of issues plaguing the country’s democratic principles.

According to Prof Henry Kwasi Prempeh, the loose nature of the oversight function between the Legislature and the Executive arm of government has largely contributed to the citizenry’s distrust in the system.

He made these comments on Newsfile during the second edition of JoyNews’ Change-Speakers Series on Saturday, May 21.

“You see, the substantial number of Ghanaian voters are so frustrated by the absence of checks and balances between our Parliament and the Executive; they think that the solution to that is to divide the branches between two parties.”

The professor lamented that this action exhibited by these arms of government has left a sour taste in the mouth of Ghanaians over the years.

“All of these are evidence that somehow our parties have not impressed us and that we will need to have a rethink,” he told Samson Lardy Anyenini.

He cited the unsuccessful attempts by government to allow the introduction of partisanship in the MMDCE elections.

Prof Prempeh believes this was because “a strong majority of Ghanaians are opposed to the entry of political parties into our local government space.”

On the back of this, he insisted that other methods be assessed as the current modus operandi of political parties seems not to be serving the needs and aspirations of the people.

This is seen, according to the CDD-Ghana boss, in the fast-rising voices of the youth against the political system as it stands.

“An emerging constituency of young voters is beginning to entertain democracy but without parties, not just here but in many other places.”

The CDD-Ghana Executive Director also expressed worry over the heightened political polarisation in the country.

He says there is a clear state capture by ruling political parties, a development he says has fueled party-first ideologies that have replaced public and national interests.