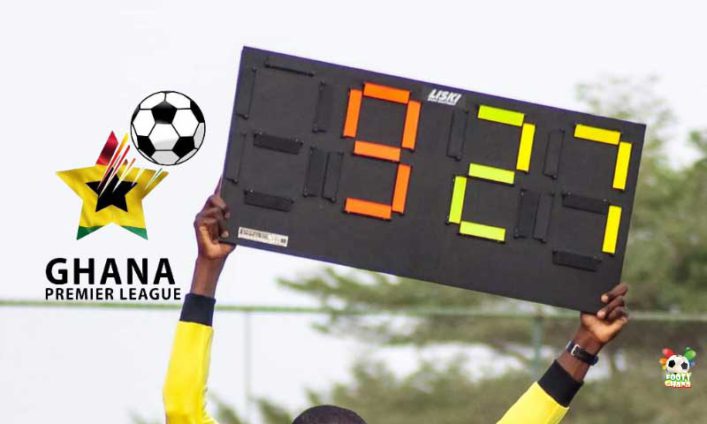 Ahead of the new season Ghana Premier League season which commences on August 29, the Ghana Football Association after reaching an agreement with the participating 18 clubs, have adopted the five substitution rule.

This is in tandem with the decision of the International Football Association Board (IFAB) to increase the number of substitutes allowed in one game, to protect players.

A congested football calendar enforced by covid-19, has meant that football associations have had to enforce certain laws – like the five substitutes rule – to protect the welfare of players.

The five substitutes who can be introduced in a game, can only be done in a three window period.

Also, the matchday squad has been increased from 18 to 20 players as a ripple effect, and clubs will now be allowed 9 players on the bench.

Out of forty players who can now be registered for the season, 10 of them are required to be below the age of 17.