GPL: Ibrahim Salifu wins player of the month for May 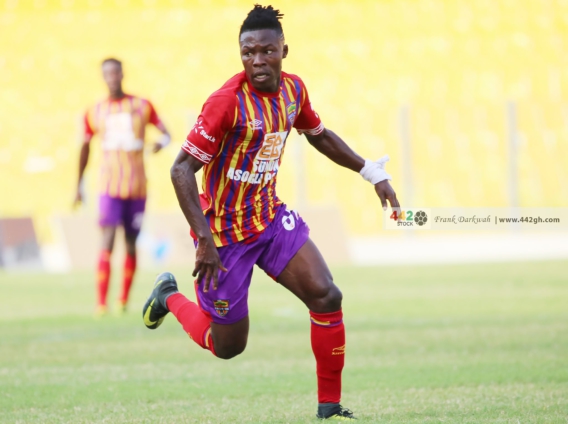 Hearts of Oak midfielder Ibrahim Salifu has been adjudged as the player of the month for May in the Ghana Premier League.

The Unistar Academy product scooped the award after seeing off challenge of from Sam Adams and Abdul Ismail Ganiyu after an impressive start to life at Hearts of Oak.

In the month of May, he won two man of the match awards and scored once, helping Hearts of Oak to climb to the top of the table.

He will receive a NASCO Television set and a personalized trophy.

Joining Salifu is his manager, Boadu who has been named coach of the month for May after leading the club to a success in May.

Hearts of Oak won five Premier League games and lost one, scoring 8 and conceding two, a run of form that saw the Phobians jump from fifth to first in the Premier League table.