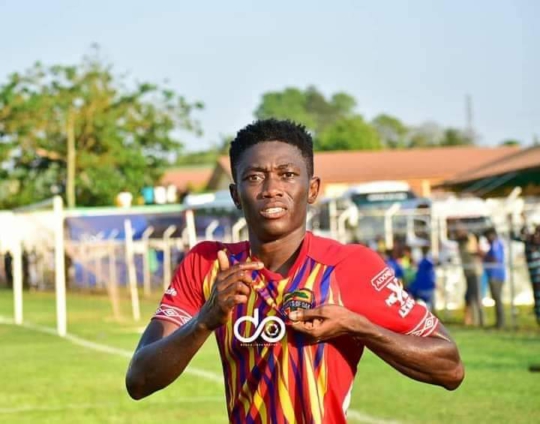 The youngster sent goalkeeper Yuisu Kaisan the wrong way to secure the Phobians second win of the season and condemn King Faisal to their first home defeat.

Midfielder Benjamin Afutu had opened the scoring for Hearts in the 19th minute when he tapped the ball into the net after right-back Fatawu Mohammed set up a good cross.

But the home side fought back strongly and deservedly levelled in the 50th minute through Kwadwo Frimpong.

Hearts continued to threaten and were rewarded with a penalty, allowing Umar to score the winning goal.

Following the win, Hearts have moved into the top five while King Faisal are in the relegation zone.