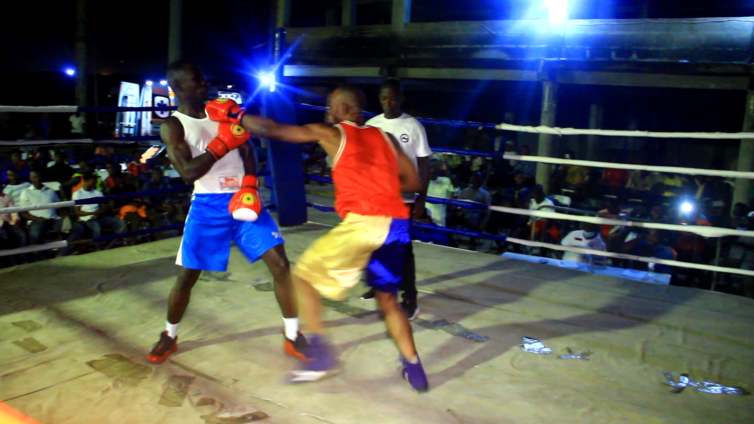 Hundreds of people spent a sleepless night witnessing the first-ever boxing competition organised at Tafo in the Ashanti Region.

The maiden occasion was electrified with varied activities including singing, dancing among others to stimulate the desperate audience.

Interestingly, the pace of the event was increased when some young boxers suddenly displayed incredible outbursts of admiration.

Boys who are determined to tirelessly continue boxing to carve their names into the ranks of the world’s boxing industry want the government to include boxing in after-school education.

They are sure such a move will help to produce many brilliant boxers to represent the nation in the global space as done in football.

The young boxers are not perturbed by the low interest in the game, especially in the Ashanti Region but only hope more support is given to help them change the narrative by generating interest among people.

Before the main battle, a group of middle-aged men also took turns and threw their blows in haste.

At this point, the atmosphere was engulfed with great excitement as Atubiga whose name became a song struggled fiercely and brought down his competitor in a spectacular clash.

At exactly 1:30 am when the weather eventually became cold and conducive for boxing, the two giants of Tafo boxing appeared on the ring well prepared to upset one another.

His victory fuelled a spontaneous celebration among many fans and lasted nearly 20 minutes amidst singing and dancing.

Boyka could not hold back his joy, as he appealed for support to continue his career.

Sponsors of the event were marveled by the performance and eagerly await financial support in the coming years.

DISCLAIMER: The Views, Comments, Opinions, Contributions and Statements made by Readers and Contributors on this platform do not necessarily represent the views or policy of Multimedia Group Limited.
Tags:
Boxing
Tafo