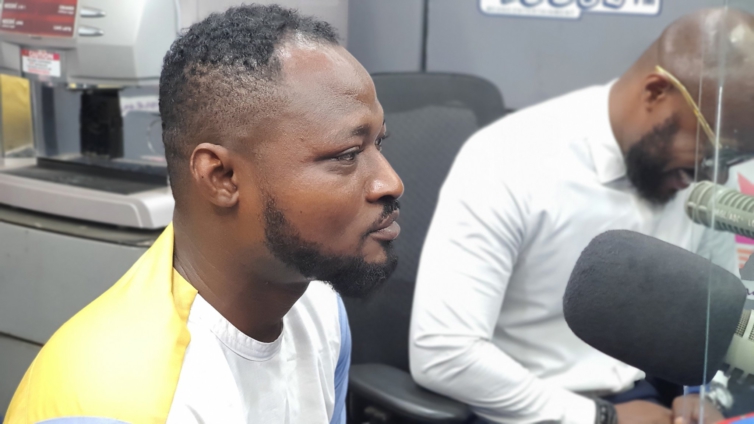 Ghanaian comedian, Funny Face, has revealed he is about to father another set of twins in his latest interview on Daybreak Hitz show on Hitz FM, Monday.

According to him, during his time of depression and loneliness, he had a lady who took care of him and their relationship eventually resulted in a pregnancy.

He told Andy Dosty, “I’m expecting another twins, two boys but not with Vanessa. When everything was happening, there was one girl who felt like she wanted to be there for me and everything. We were there for each other and it happened and now there are two boys coming [SIC].”

He explained that the fact that he is having another set of twins with this new lady does not mean he will not go ahead to marry Vanessa, the mother of his three girls.

“The twins coming won’t change anything. I have decided that I won’t love deeply again. From today, I am just going to give women twins,” he jokingly said.

Funny Face and Vanessa have a set of twins and one other girl. The couple welcomed their third child in November after they split due to some misunderstandings.

The actor shortly after welcoming his third child apologised to his baby mama and in December promised to marry her.

DISCLAIMER: The Views, Comments, Opinions, Contributions and Statements made by Readers and Contributors on this platform do not necessarily represent the views or policy of Multimedia Group Limited.
Tags:
Daybreak Hitz
Funny face
Marriage