May 9 disaster: Herbert Mensah unhappy with government and GFA for neglecting victims - MyJoyOnline.com

May 9 disaster: Herbert Mensah unhappy with government and GFA for neglecting victims 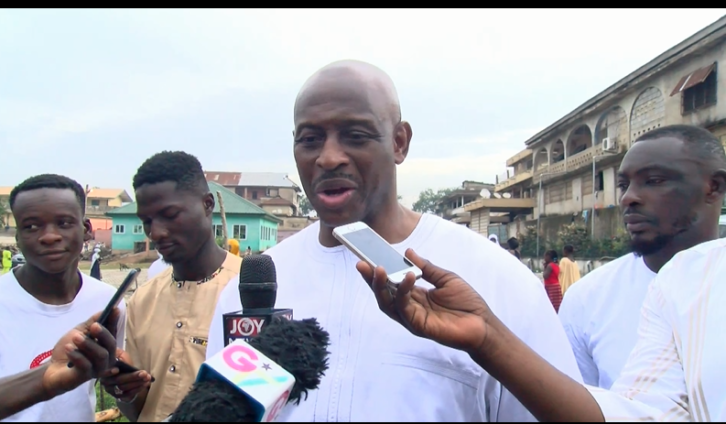 Former Asante Kotoko Chairman, Herbert Mensah, has hit out at the government and the Ghana Football Association (GFA) for not doing enough to support the victims and families of the May 9 stadium disaster.

Soccer fans numbering 127 lost their lives in a stampede during a clash between Hearts of Oak and Asante Kotoko at the Accra Sports Stadium on May 9, 2001, regarded as the worst stadium disaster in the history of Ghana football.

Herbert Mensah, who was Chairman of Asante Kotoko when the incident occurred, has been leading the commemoration of the May 9 disaster annually.

He is worried little has been done on the part of both the GFA and the government to support victims of the disaster.

“We have been doing this for 21 years. We’ve seen different FA Presidents, many ministers and different Presidents. We have chosen a path that serves as the global standard.

“But we don’t care; we are there to do what we believe should be done and has been done.

The founder of the May 9 Foundation, who endured the terrible experience of helping to convey some of the dead bodies and injured fans to the hospital on a sad day, noted that authorities marching to the stadium to lay a wreath is not enough to show support to the victims.

“It is not about going to the statue at the stadium, laying a wreath and thinking you have done something that’s not enough, and it’s not about money, but there are many things that could be done over the period I just said, there is a global standard,” he added.

Herbert Mensah joined Muslims and chiefs at the Kumasi Central Mosque on Friday to donate some items and pray for the souls of the football fans who died during the stampede.

The Ashanti regional chief Imam, Abdul Mumin, led prayers for the souls of the departed football fans during the commemoration.

This year marks 21 years of the sad event.