No decision has been taken on Adwoa Safo’s seat – A.B.A. Fuseini 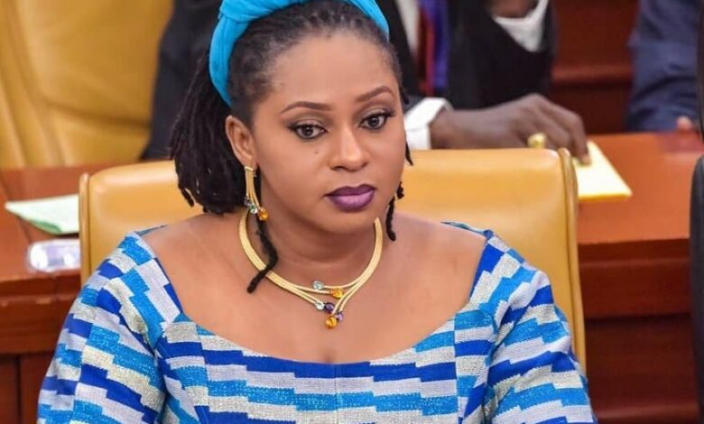 Member of Privileges Committee, Alhassan Bashir Alhassan Fuseini has refuted claims that the seat of the Dome-Kwabenya MP, Adwoa Safo is vacant.

Addressing the media in Parliament on Thursday, the Sanarigu MP said that the assertion is an ‘absolute pathological lie.’

This comment is against the backdrop of the Chairman of the Privileges Committee, Joseph Osei-Owusu stating that the Dome-Kwabenya Constituency seat is vacant.

Joseph Osei-Owusu, who spoke exclusively to JoyNews claimed the Clerk must write to the Electoral Commission (EC) to declare Adwoa Safo’s seat vacant after which a bye-election would be held.

This followed Ms. Safo’s failure to honour the Committee’s invitation to explain why she absented herself from Parliament for 15 consecutive sittings last year.

Mr. Osei-Owusu and revealed that the Committee has pardoned the MPs for Assin Central and Ayawaso Central, Messrs. Kennedy Agyapong and Henry Quartey who managed to convince them with the explanation on why they breached the 15 days absence rule. According to the First Deputy Speaker, the two MPs cited health reasons.

JoyNews/AdomNews · No decision has been taken on Adwoa Safo’s seat – A.B.A Fuseini

According to Mr. Fuseini, there is no report from the Privileges Committee. He explained that as a member of the Committee if there was a report on their deliberations he would be privy to it.

“Take it from me that the authentic story of the Privileges Committee as we speak now is that there is no report on the three members that Mr. Speaker referred to us,” he said.

He, however, confirmed that two out of three Members of Parliaments have been met by the Committee, reiterating that no report has been issued.

Alhaji A.B.A Fuseini insisted that the Committee cannot decide the fate of Adwoa Safo since they had not been able to hear from her.

Although the Privileges Committee attempted to contact Adwoa Safo, the Clerk of the Committee, “made it abundantly clear that you cannot say for certain that the correspondence that the Parliament sent to her reached her,” he said.

He further explained that Standing Order 161 of the House states that any recommendation of the Committee must be put before the plenary for a decision to be made and the necessary action to be taken through the Speaker.

According to Alhaji A.B.A Fuseini, since this procedure has not been completed, it clearly shows that the claim that Adwoa Safo’s seat is vacant is a “mischievous rant by somebody who has a fertile imagination for mischief.”