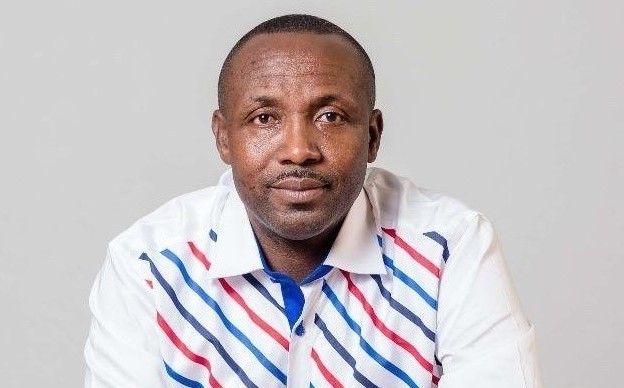 The 2022 National Delegates Conference of the New Patriotic Party (NPP) may go down as having produced one of the biggest political upsets in Ghana’s 4th Republican democracy.

This is because, a man who was widely perceived as a ‘bigwig’ in the ruling party, fell to the sword at the Accra Sports Stadium.

John Boadu, popularly referred to as ‘JB’, could not keep his place as the chief scribe of the NPP when the last ballot was counted on Sunday, July 17, 2022.

Instead, a man who was written off by many analysts rather emerged victorious. Like the English man would say, it was ‘a bolt from the blue’.

Prior to the elections, some pundits said Justin Frimpong Kodua (JFK) could not carry the day. This included Ghana’s favourite pollster, Ben Ephson.

According to them, John Boadu is an established old gun with a lot of influence; and therefore a ‘newcomer’ like JFK could not defeat him.

However, at the close of the polls, victory eluded JB. But why did it happen that way? Let’s now get into the details about why delegates refused to vote for John Boadu.

The NPP’s loss of the Speaker of Parliament elections

Since 1992, political parties that win presidential elections also win the majority of seats in the parliamentary poll.

This tradition has benefited both the National Democratic Congress and the New Patriotic Party.

Unfortunately, this pattern was disrupted in the 2020 general election. For the first time, the party that won the presidential elections failed to capture the majority of seats in Parliament.

Ghana was faced with the situation of a hung Parliament, as the New Patriotic Party (NPP) managed 137 Parliamentary seats; with their counterparts in the National Democratic Congress (NDC) also amassing same.

As a result, the NPP ended up losing the Speakership elections to the NDC’s Alban Bagbin.

This outcome, according to a section of delegates at the Accra Sports Stadium on Saturday, July 16, was a result of John Boadu’s ‘laziness’.

Now one may ask, how was John Boadu supposed to ensure that the NPP won the Speakership election; given that he was not a Member of Parliament?

Well, the delegates who shared this sentiment explained that, unlike John Boadu, the General Secretary of the NDC, Johnson Asiedu Nketiah, was in Parliament on the day of the Speaker’s election to contribute to the lobbying process and boost the morale of the NDC MPs.

In the view of John Boadu’s critics, if he had shown similar tenacity and concern, perhaps the NPP would have had one of their own as the Speaker of Parliament.

They, therefore, reiterated that a party’s General Secretary who cannot fold his sleeves and delve into the trenches when the need arises does not deserve to be at post.

If the NPP had won the Speakership elections, perhaps they would have had the much-needed mileage to pass certain decisions which would have inured to the benefit of the party. This includes the E-levy.

The delegates, therefore, stated that John Boadu could be blamed for the party’s present ‘struggles’ in Parliament.

The neglect of grassroot members and discriminatory allocation of goodies

Another sentiment about John Boadu that featured prominently on the lips of aggrieved delegates was John Boadu’s apparent lack of concern for the grassroots.

For the avoidance of doubt, a party’s grassroots maybe be described as the organic supporters of the party, whose loyalties do not change regardless of circumstances.

In other words, they are the ‘die-hard’ faithful who can travel every length to advance the cause of the party.

Usually, during elections, it is these people who go into the mud to ensure the victory of their parties. Unfortunately, their demands are ignored when their parties come into power.

This, some NPP delegates said became worse because of John Boadu. According to them, many NPP grassroots could not access certain privileges and opportunities, which JB could have facilitated.

Instead, such opportunities, the delegates said, were given to close associates of John Boadu, and people who were in his inner circles.

Some added that, it was even difficult to get audience with John Boadu, as he was hardly available at the party headquarters to engage and interact with teeming party faithful who trooped there consistently to seek audience with him.

In sum, the delegates claimed that, John Boadu did not ensure equitable distribution of goodies, and did not make enough go around for everybody, except his cronies and special affiliates.

This the delegates said was not the mark of an all-inclusive leader, and therefore their decision to replace him with someone whom they deem to be more affable and less discriminatory.

Very soon, the NPP will assemble again. This time, the purpose of that gathering will be to elect a new flagbearer to lead the party into the 2024 general election.

Though he himself has not made any express declarations, it is an open secret in the New Patriotic Party that Dr. Mahamudu Bawumia, the current Vice President is lacing his boots to lead the party in 2024.

In this regard, it is pertinent to indicate that, at the Accra Sports Stadium on Saturday, there were a number of party supporters who wore t-shirts indicating their support for Bawumia’s presidential ambitions.

And clearly, one may want to say Bawumia is eyeing the presidency. However, he is not the only one nurturing such ambitions. Other prominent personalities are also eyeing that mantle as well.

The likes of Alan Kyeremanten, Boakye Agyarko, Konadu Apraku, Joe Ghartey and some other big wigs are also reported to be readying themselves to take the baton from Akufo-Addo.

But with the contest yet to start officially, some delegates alleged that, John Boadu has already shown his preference for Bawumia in a way that could potentially create problems for the party.

According to the delegates, a party’s General Secretary must assume a neutral position under such circumstances.

However, they alleged that John Boadu has been overly expressive of his choice of Bawumia, and therefore he cannot be a trusted administrator in the upcoming flagbearer polls.

To buttress this fear, some of the delegates explained that during the NPP’s primaries for the 2020 elections, John Boadu was instrumental in favouring some aspirants over others.

This they said was an evidence of his lack of neutrality; a posture they argued was bad for the cause of the party.

This concern therefore fueled their decision to usher in JFK, whom they believe is more ‘neutral’ and less bias, despite his preferences.

The youth wing of any political party is essential to its success and the preservation of its legacies.

Subsequently, when a party’s youth wing is influenced in a certain direction, that may either lead to its doom or enhanced fortunes.

Against this background, some delegates claimed that John Boadu was taking steps to control the youth of the party, by strategically empowering one of his aides, Abanga Yakubu Fuseini, popularly known as ‘NPP Abanga’, to become the party’s National Youth Organiser.

The rapport between Abanga and JB is known to all in the NPP. If there is anybody who has enjoyed extensive mentorship from John Boadu, perhaps that person is Abanga.

Right from the University of Ghana to his present stature, Abanga was literally handpicked by John Boadu, and has continued to submit to his guidance over the last few years.

But beyond ordinary mentorship, some of the delegates who clamored against John Boadu at the Accra Sports Stadium on Saturday stated that, John Boadu has plans of using Abanga to extend his influence in the party; through the party’s youth wing apparatus.

It may have been a coincidence, however it is interesting to note that, Abanga also lost his bid to be the party’s National Youth Organiser; surrendering to his closest contender Salam Mustapha.

This may as well be interpreted as a doing of the delegates, who did not want John Boadu to fashion out his plans of exerting dominance in the party, through his ‘boy’, Abanga as National Youth Organiser.

The last and perhaps the most controversial reservation some delegates raised about John Boadu, was the alleged flaws in his moral character.

According to some of the delegates, even though John Boadu, was supposed to be wholly given to the cause of the party, he allegedly allowed himself to be distracted by some of his personal indulgences.

They claimed that, they had heard reports about how he expended a lot cash to fan his fantasies, at the expense of pending requests from needy grassroots.

Citing some examples which I am not inclined to disclose, the aggrieved delegates pointed to the fact that, John Boadu was having ‘too much fun’ as the party’s General Secretary.

The delegates said, even though all of that is within his rights as an individuals, it affected his concern and sensitivity to the needs of the ordinary party folks, hence their decision to show him the exit door.

In conclusion, John Boadu’s defeat was occasioned by a multiplicity of factors, with the most prominent of them being his neglect for the grassroot, excessive bias towards Bawumia and his role in the NPP’s loss of parliamentary seats, leading to the eventual loss of the Speakership to the NDC’s Alban Bagbin.

The author of this piece is a writer, a journalist and corporate emcee, by name Paa Kwesi Schandorf; currently with the Multimedia Group.

His account above is based on his engagements with delegates at the NPP’s National Delegates Conference, which took place at the Accra Sports Stadium on Saturday, July 16, 2022.