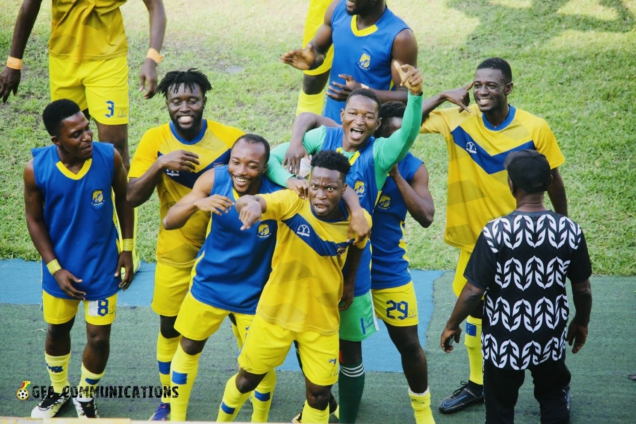 The head coach of Tamale City, Hamza Mohammed, says the Ghana Premier League has been the target of the club since their establishment.

The team have been promoted to the 2022/23 Premier League season after finishing top of the promotion play-offs league.

Richard Addai’s goal from the spot cancelled out Isaac Mensah’s earlier strike at the Accra Sports Stadium on Monday, August 8, as the Tamale-based side booked a place in next season’s top flight.

Speaking after the game, Hamza said, “[This qualification] means a lot. Tamale City, since its inception, our intention was always to be in the Premier League.”

“But for the Anas expose, I think we would have been four or five seasons in the Premier League. We were cruising until that thing happened. I think ever since, we had an opportunity to have the playoff against Nsoatreman, which we couldn’t.

“We had another one [yesterday] that we delivered and we’re in the Premier League…we will just prepare for it.

He also touched on the motivation behind his team’s spirited performances in the two games they played in the mini-league.

“[It was] one statement – ‘get to the premiership!’ When you introduce great players to the team [they don’t want to come] because it’s Division One but when they play in the Premier League, there are more opportunities for them,” he added.

“We just told them ‘hey come and play. If you do well, you’re going to the Premier League.”

The playoff was organised by the Ghana Football Association to find a replacement for the demoted AshGold who were found guilty of match manipulation.