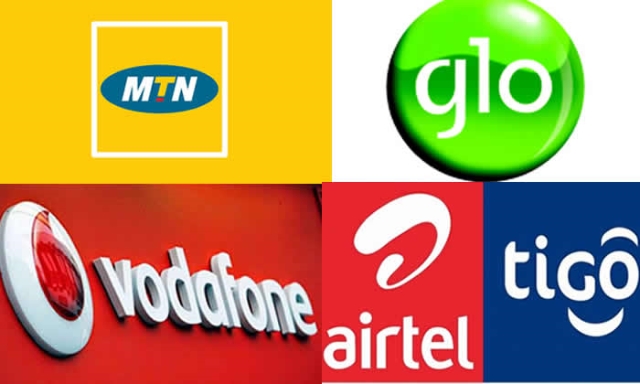 Figures on the contribution of telecoms operators to national development indicate that every year,  telcos pay ¢2.2 billion in taxes.

The rest are Surcharge on International Incoming Traffic (SIIT) GH¢155 million; SIIT is the quantum of six cents per every minute of call that comes from overseas into the country.

Telcos pay that to the National Communications Authority (NCA), who are, by law, allowed to spend it and report to the Finance Ministry.

There is also the pay-as-you-earn (PAYE) tax, which stood at ¢64 million and finally the National Fiscal Stabilisation Levy (NFSL), which is GH¢57million and paid by only MTN Ghana as the only telco that makes a profit after tax in Ghana so far.

NFSL was introduced in 2013 to stabilise the economy over a period of 18 months, ending December 2015. But successive governments keep renewing it.

MTN has been appealing for relief from the NFSL for many years now, but the current government has instead extended it by another five years in the 2020 budget.

The Telecoms Chamber noted that, in spite of the heavy tax burden, the telecom industry continues to commit investible funds into capital expenditure to meet customer service quality and experience needs.

Telcos provide 6,500 direct jobs and over 1.6 million indirect jobs, contribute 2% of GDP, and invest ¢628 million in capital expenditure every year.

The Chamber, however, holds that some policy enablers such as tax reforms to improve the affordability of mobile technology and services for customers will yield greater strides for all stakeholders in the long-term within the economy.

Currently, telcos in the country wield 37 million active voice SIMs, out of which a whopping 26 million also do data and 13 million are mobile money customers. In terms of coverage, they 87% 2G, 85% 3G and a meagre 6% 4G.

This year, a chunk of the telecom spectra license will expire and the government will be giving them a renewal fee to pay if they want to continue providing services in Ghana.

Already, some operators and other industry players have invested heavily into the 4G spectrum and are yet to recoup their investment, as the market inches faster towards saturation levels.

Industry players have always argued that the price of spectrum, as it relates to the nature of the Ghanaian telecoms market, population size and other factors, is very high.

But the regulator has always stood its ground on maintaining the prices that telcos complain about.

The Telecom Chamber believes that going forward, “appropriate spectrum management framework [by the industry regulator] will provide needed clarity for more funding into existing and new technologies such as 4G, which requires policy support to grow.”

The Chamber is proposing a technology neutrality policy, where telcos are allowed to re-farm existing used spectrum to deploy higher technology, instead of always having to go buy new spectrum from government to deploy new technology.

They believe that would allow telcos to invest their scarce resources into deploying the technology to benefit all stakeholders, including government, in the long-term, rather than paying huge onetime license renewals fees to the state.