'We need to digitalise football tickets to enter the stadium'-Bawumia - MyJoyOnline.com

‘We need to digitalise football tickets to enter the stadium’-Bawumia 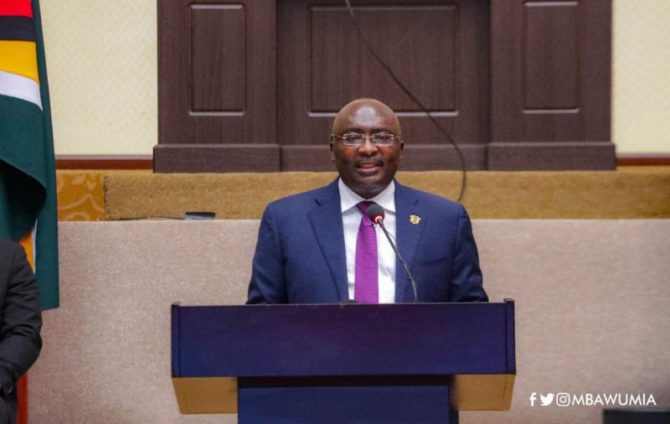 The government and the National Sports Authority (NSA) are in talks to digitalise tickets for football games in Ghana, the vice president, Dr Mahamudu Bawumia has revealed.

The current government are currently carrying out plans to make things easily accessible in the country through digitalisation and Bawumia has identified football as one of the areas to be worked on.

Speaking at the official launch of the digitized National Assay Laboratory in Accra on Wednesday, March 2, the vice president hinted talks between the government and the NSA are at an advanced stage.

“The government under the leadership of His Excellency Nana Addo Dankwa Akufo-Addo recognises that our progress as a nation in the modern world is inextricably linked to digitalisation and will therefore continue its adoption for the enhanced service delivery,” Bawumia said.

“It’s a critical path for our nation to remain competitive in the world of today and tomorrow. Government is willing to support any institution, public or private, which intends on implementing digital initiatives for efficiency.”

“Actually, we have engaged the National Sports Authority because we need to digitalize football tickets to enter the stadium. You should be able to sit at home, buy your tickets and go and enter the stadium without any (scheming) at the gate.

“We are going to do exactly that and you will see it in the next months that we will all be using our phones to buy tickets to watch football in the country,” he added.