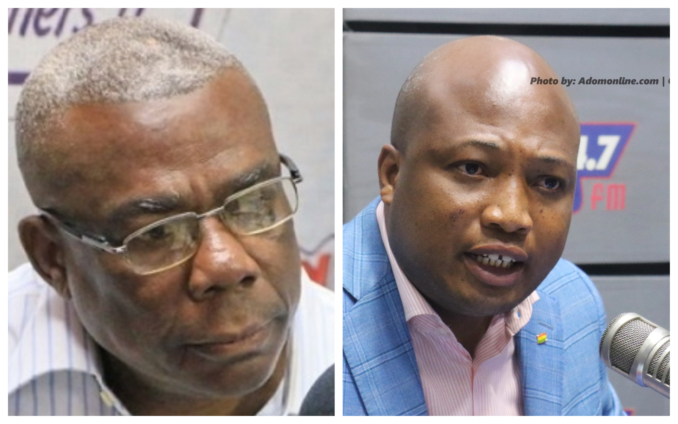 Mr. Ablakwa, citing multiple scandals which were reported in the first term of President Akufo-Addo, argued that the opposition National Democratic Congress (NDC) and other critics were not responsible for those misdoings.

He further opined that the former NPP National Chairman, seeking to pass the responses of the CDD’s sample population as being influenced by NDC propaganda is a stretch of the facts.

“You should be able to accept that this survey calls for concern. We accept it, we will work on it and you can go further to talk about what you are going to do but don’t be dismissive and say it is all propaganda and the people are being fed with propaganda.

“There have been very palpable, tangible, concrete examples of corruption. The President himself has had to fire people, he has had to promise investigations except that often these investigations lead us nowhere,” Mr. Ablakwa said on Newsfile Saturday.

The Ranking Member on Parliament’s Foreign Affairs Committee’s comments come on the back of the 2020 post-election CDD survey that revealed that 62% of Ghanaians are not confident in the Akufo-Addo administration’s ability to curb corruption.

Also, 53% of respondents said they are not confident in government’s ability to protect the country’s financial resources by promoting accountability in public service.

In an earlier submission, Mr. Mac Manu suggested that these responses only came as reaction to persistent propaganda.

But going further in his analysis, Mr. Ablakwa said all Ghanaians witnessed the hounding of the Auditor-General, Daniel Domelevo from office, adding “nobody has been punished for the Australia visa scandal.”

Responding to the outspoken lawmaker, NPP Communications Director, Yaw Buaben Asamoa said without prejudice to the reported misdeeds, the spin being put on them can affect voter behaviour.

He said the botched PDS deal for example, is in court at the moment and so passing it off as a failure on the part of the NPP government can unfairly affect responses from voters on the administration’s commitment to fight corruption.

Mr. Buaben Asamoa, who recently served as MP for Adentan said both the NPP and the NDC may have commented on these issues but the loudest voice tends to influence voters, notwithstanding the veracity of the spin being put on the facts.