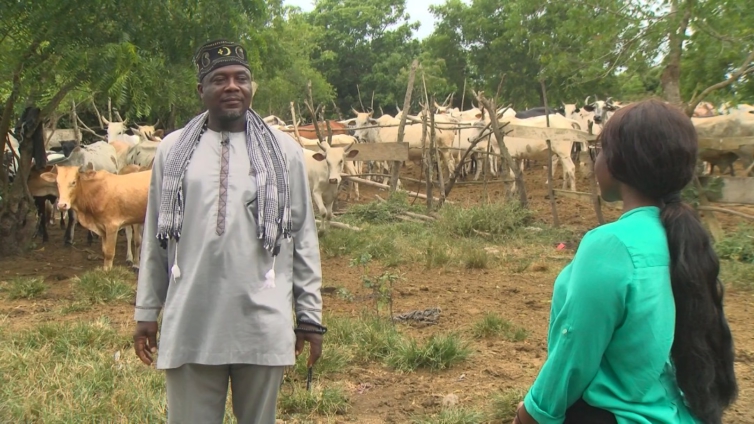 Most cattle farmers across the globe have modernised their operations in Ghana, yet this field is mostly dependent on open field activities.

Even though cattle farming is very productive due to the fact that its meat is always in high demand, the focus on the meat alone has made many famers lose out on other areas such as milk production.

“For Fulani nomadic herdsmen, cattle rearing is a tradition. This is their livelihood and not just a trade between them and butchers,” he said.

According to him, the increase in human settlements has reduced the grazing fields for cattle. This, he explains, is the cause of most of the conflicts between crop farmers and nomadic herdsmen.

“Although cattle farming is the only source of income for most of the herdsmen, business has become slow. This is because human settlements have reduced the grazing fields we have and less food for the livestock means less attractive cattle for trade.”

“At my ranch and the others located here at Apam, we don’t get much rain. The whole of this year, we’ve had only three major rains. During the dry seasons we face major challenges; when there is no water or food, that’s what brings the clashes between the crop farmers and us,” he stated.

Imam Hanafi Sunde, a cattle farmer who doubles as the President of the Ghana National Association of Cattle Rearing said there are many untapped opportunities in the sector, but most cattle farmers have resorted to the traditional way because they do not get technical assistance.

“I can say that in Ghana, we only focus on the beef. There are so many benefits that can be derived from the skin but so far, I do not know any company producing leather in Ghana. We’re under-utilising the cow skin here,” he lamented.

However, Hilda Dennis Kwao, a Brukina seller for the past 19 years, says the trend has changed.

“Since I started this business, I have never used milk derived directly from the cow. FDA officials have educated us on some of the health issues associated with it. Also using it makes the Brukina light,” she disclosed.

Hilda says the only challenge she faces is with the millet.

“When we get the powdered milk, we boil for 8 hours for it to solidify. We leave it overnight and whip it in the morning. We then cook the millet with steam. The only challenge is that when we receive the millet, it comes with so many particles so we have to wash it thoroughly,” she indicated.

Also, cattle farmers in recent times have lamented about the increase in animal theft. According to them, the robbers gun them down when they resist.

Maswudu Alamu, a farm manager at Apam in the Central Region said, “We are threatened by the rise in attacks on our herdsmen so we had to fix burglar proof around the house. It is not right for a human to be killed because of a cow. We need government to come to our aid. Our lives are in danger.”

DISCLAIMER: The Views, Comments, Opinions, Contributions and Statements made by Readers and Contributors on this platform do not necessarily represent the views or policy of Multimedia Group Limited.
Tags:
Cattle farming
Ghana
Herdsmen