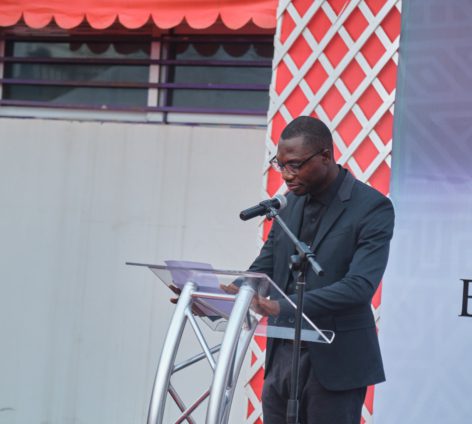 Staff of The Multimedia Group, family and friends on Wednesday shared fond memories of the late General Manager for Joy Brands, Elvis Kwashie.

At a remembrance service a week after his death, they took turns to eulogise and recount moments they shared.

He stated that during the many years he has worked under him, Elvis proved to be a loving and caring boss.

“He led the team driven by a need to impact society; a team poised to succeed. He instilled in everyone a sense of belonging and unity.

“You were not just a news editor; you were; you are a peacemaker, father, brother, friend. He showed care, love- you could only be loved. You recognised efforts but rewarded results,” he said.

He added that the “Real Boss”, as they affectionately called him, was a selfless leader who was poised to achieve results without expecting rewards.

“Elvis, you may be no more, but your words will remain forever. Our hearts are broken and will remain sore for a long time, but knowing that you were such a good man, a good person, a godly man assures us that you are in a better place,” he added.

With a heavy heart and tear-filled eyes, Kwaku Owusu Peprah, who also spoke at the event, took his turn to share fond memories of his late boss, emphasising that the death of Mr Kwashie has left the staff of the Group at a crossroads.

“All the members of the Joy Brands, we are at a crossroads, and we wished your departure will just be wished away,” although the situation is irreversible, he said, adding that Elvis was one whom they “came to for wisdom and guidance. “And it was as if you planned this; you told us that we would miss you,” he said.

“You took a bow when the applause was the loudest owing to your words that maybe it’s time to quit, and you said it many times. And you decided to quit on us,” he said.

“He fought a good fight; you’re the best among many, the compass of our newsroom. Your kind is rare, and we love you,” he added.

At a one-week remembrance service, the family spokesperson Joshua Dzidzorm announced that the funeral rites for Elvis Kwashie will begin from February 18 to 20, 2022.

“There will be no wake-keeping, but the funeral will be held in February on the 18th and 19th,” he said.

Giving further details, he indicated that on February 18, the family will be gathering at his residence. “And we’re inviting all friends and well-wishers to be there with us,” he said.

“And on the 19th, the funeral will be held at a venue yet to be announced,” he added.

He further noted that after the funeral, the family will send his corpse to Asalame, the village, for burial on February 19.

A thanksgiving service will also be held for him on February 20, at the Church of Pentecost English Assembly at Mataheko.

“From there, we’ll go back to the house to conclude everything,” he stated, adding that more details will be communicated soon.