Netflix’s first African original series, Queen Sono – about a spy from South Africa – has been released.

Written and directed by Kagiso Lediga, an award-winning stand-up comedian in South Africa, it is filmed in several locations across the continent.

Thusi is quoted as saying that it is empowering for Africans to tell their own stories.

Several African languages are also used during the drama, which centres on Queen Sono trying to uncover the truth behind the death of her mother, who was a hero of South Africa’s anti-apartheid struggle. 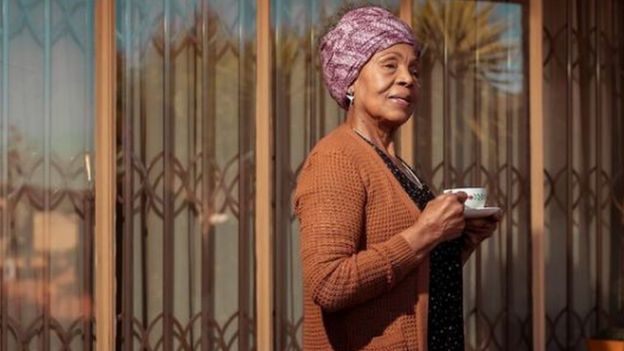 Other themes include corruption as well as much James Bond-style action and, like the fictional British spy, Queen Sono does not always play by the rules.

Reviews so far have been mixed, but most point to how refreshing it is to see a story that is set in modern-day Africa with a central character who is African.

Of all the performances, veteran actress South African Abigail Kubeka is widely praised for her humorous turn as Queen’s grandmother.

Africa is most famous for its Nollywood film productions that come out of Nigeria – it is a multi-billion dollar enterprise.

Experts say what Netflix offers storytellers in Africa is an opportunity to produce better-quality dramas.

It became Nigeria’s first-ever Oscar submission for best international feature film, but it was disqualified as it was largely in English.

All six episodes of Queen Sono are now available for Netflix members, who must pay a monthly fee to stream content.