#FillGPLCenters: Management is the problem – Aziz Haruna on poor attendance at Hearts of Oak games 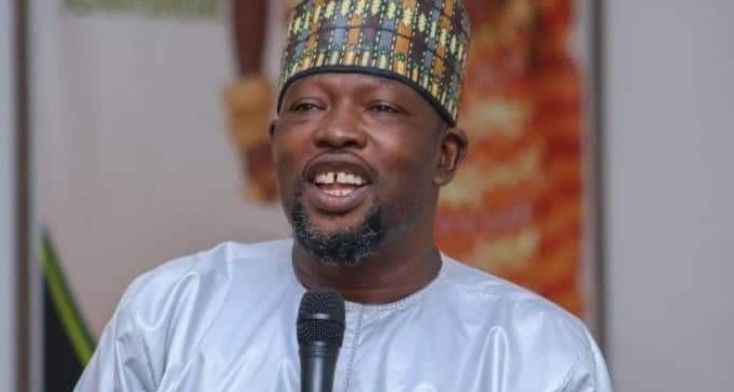 Former management member of Accra Hearts of Oak, Aziz Haruna Futah, believes the low patronage of the Club’s matches can partly be attributed to the incompetence of the current management.

The betPawa Ghana Premier League has been hit with low turnout at match venues in recent times, a development that is rendering the local clubs financially handicapped.

Nhyira FM and Luv FM have embarked on a radio campaign to highlight factors affecting low attendance at Premier League matches and championing recommendations to improve patronage of the local league.

Speaking to Richard Smith Donkor of Nhyira Fm with a focus on Hearts of Oak, Aziz Haruna, who is the founder of the vibrant supporters’ group; Chapter O opined, the palpable discord between the management of the club and the National Chapters Committee (NCC) has contributed to poor attendance at Hearts games.

He called on the supporters to ignore the management and mobilize themselves to address the situation.

“The problem of the club [Hearts of Oak] is the management and that’s the truth. So, I will encourage the NCC to do their job and forget about the management.

“This management of Hearts of Oak doesn’t like criticism. They don’t want the growth of the supporters’ group [NCC].

“The NCC should understand that the current Hearts Board and management will never have a cordial relationship with the supporters.” He said”.

It will be recalled that, some fans allegedly attacked Board member of Hearts, Vincent Sowah Odotei, in October 2022 at the Accra Sports Stadium when the club faced AS Bamako in the CAF confederation cup.

Pictures that emerged on social media after the game showed, Odotei’s car tyres were deflated in the process by a section of the fans.

NCC chairman, Elvis Herman Hesse on the day had a confrontation with the said board member during the game, a development that prompted police intervention to settle the matter.

According to Aziz Haruna, Vincent Sowah Odotei engaging the police to resolve the issue meant, the supporters’ leader was not going to have time to mobilize the fans to watch Hearts games.

“I know Odotei will hear this but if Hearts of Oak fans attack your car and you decided to take the NCC chairman to the police station to report every day, tell me how you expect the fans to mobilize themselves for games and die for the club

He encouraged the fans to contribute financially to build an office for the NCC in order for the group to execute its core mandates to perfection.

“The NCC of [Hearts of Oak] should get their own headquarters or office so the supporters must come together and contribute something.’” He finished

The hashtag for the campaign is #FillGPLCenters.

DISCLAIMER: The Views, Comments, Opinions, Contributions and Statements made by Readers and Contributors on this platform do not necessarily represent the views or policy of Multimedia Group Limited.
Tags:
Aziz Haruna Futah
betPawa Ghana Premier League
Hearts of Oak