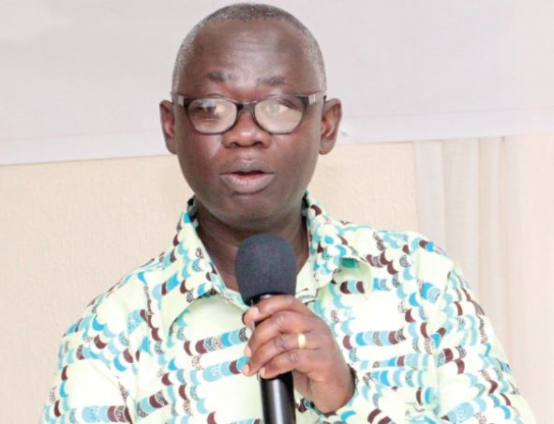 Director-General of the Ghana Education Service, Professor Kwasi Opoku-Amankwa has revealed that his outfit owes between GH₵10m to GH₵15m in judgement debt spanning 2012 to date.

According to him, 60 percent of the judgement debt owed resulted from procurement of food supplies by various heads of schools who failed to settle their indebtedness.

His disclosure was in response to suggestions that procurement of food supplies to senior high schools should be decentralised to allow various heads of the schools manage the transaction.

A former Vice Chancellor of the University of Ghana, Prof. Ivan Addae Mensah in an interview with JoyNews, in respect of the food shortage that has hit senior high schools in the country suggested that procurement of food should be left with the heads of the schools to manage.

However, Prof. Opoku-Amankwa disagreed, “On my desk, I have close to about some GH₵10m to GH₵15m as judgement debt and out of that, about 60 percent of those debts come from procurement that heads of schools did and some of them relate to food that they procured that they were never able to pay off and now when we go back to the school they say the headmaster has gone on pension and it is part of the debt that GES is supposed to find money to pay,” he told Raymond Acquah on Upfront, Thursday.

Prof. Opoku-Amankwa therefore contended that, “merely decentralising and getting heads of schools to go and buy the foods will not solve the problem [food crisis].”

The GES Director-General also reassured the Buffer Stock Company that the Finance Ministry is putting measures in place to clear any debt owed them.

Senior high schools in the country have experienced food crisis recently due to the delay in food supplies by the Buffer Stock Company.

The delay in the supply of food items has mainly been a result of the government’s indebtedness to the food supply entity.

However, Prof. Opoku-Amankwa said President Akufo-Addo has directed that the debt be cleared.

“I did not listen fully to the Minister’s presentation yesterday at Parliament but I believe he might have informed them that the President has asked that within a given period those debts should be cleared and we are very sure that the Ministry of Finance is working to clear those debts,” he said.