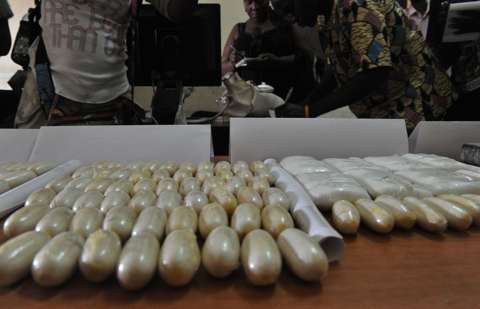 A court in Guinea-Bissau has handed record jail terms to two suspects accused of trafficking almost two tonnes of cocaine into the country, the AFP news agency reports.

The West Africa nation has for many years been used as a staging post in the trafficking of cocaine from Latin America to Europe.

In the past, the military has been heavily linked to the country’s drug trade.

The two suspected ringleaders, identified as Colombian Ricardo Ariza Monje, known as “Ramon”, and Braima Seidi Ba, who has joint Guinea-Bissau and Portuguese nationality, were on Thursday each sentenced to 16 years in prison, AFP reports

Others found guilty, including defendants from Guinea-Bissau, Colombia, Mali and Mexico, received jail terms of between four and 14 years.