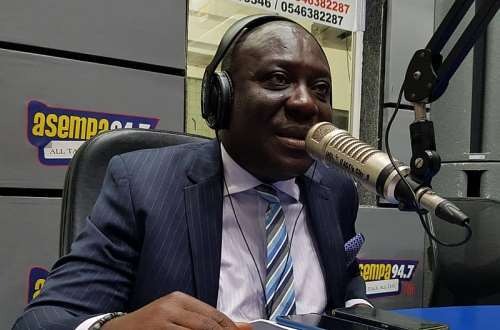 A Board Member of Accra Hearts of Oak, Vincent Sowah Odotei, has dismissed assertions that Hearts of Oak underpays players of the club.

He claims the Phobians are the best-paying club in Ghana.

Experts say Ghanaian footballers who ply their trade on the local scene are underpaid which contributes to the regular player exodus, a trend that affects the performance of Ghanaian clubs in Africa inter-club competitions.

The welfare of local-based players has been a concern to many football enthusiasts in Ghana, but according to Hearts of Oak Board Member, Vincent Sowah Odotei, players of the Club are the best paid in the country.

He believes the club now operates with modern structures of football administration and this will make them very competitive both in Ghana and Africa.

Speaking on LUV FM’s Sports Show dubbed Kick Off, the former Member of Parliament for La Dadekotopon stressed, the facts available in Ghana confirm his claim that Hearts of Oak is the best paying top flight side.

He wants supporters who clamour for his exit to come to November’s AGM to witness the investment the Togbe Afede-led administration has made at Hearts of Oak.

“People who are clamouring, if they have shares, they should come to the AGM and then put their cash on the table.

“We have nothing to hide, they will see how much money is being pumped into the club every month.

“Hearts of Oak players are the highest-paid players in Ghana, I am telling you a fact. You can go back and cross-check the state of Hearts of Oak.

“If I tell you the amount of money that goes into salaries every month in Hearts of Oak, I’m sure people who are shouting will keep quiet but a time will come when those things will be made public,” he said.

DISCLAIMER: The Views, Comments, Opinions, Contributions and Statements made by Readers and Contributors on this platform do not necessarily represent the views or policy of Multimedia Group Limited.
Tags:
Hearts of Oak
Vincent Sowah Odotei