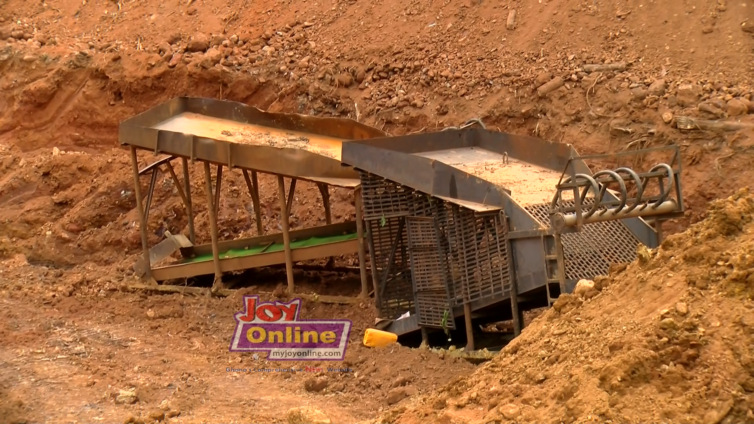 Queen Mothers from the major paramountcy in Ghana under the umbrella of the National Queen Mothers Platform have bemoaned the neglect of Queen Mothers in the local effort to stop the menace of illegal mining popularly known as galamsey.

The Queen Mothers say, women are at the heart of social mobilization and effective behavioral change at the local level.

The group at the inaugural National Dialogue Series of the National Queen Mothers Platform, unanimously resolved to embark on a “Say No to Illegal Mining Campaign” nationwide to complement effort in curbing the menace.

The initiative aims at ensuring dialogues with actors of illegal mining and also collaborating with mandated state institutions in the mining sector to implement and enforce proper and best mining practices in the country.

Paramount Queen Mother of Osudoku and President of the National Queen Mothers Platform, Nana Amponsah Dokua III is worried that a lot of consultation and discussion on the subject matter have been carried on over the period without soliciting views and support from Queen Mothers.

She assured of the commitment of Queen Mothers in the important subject of illegal mining activities at the large and small-scale levels.

Nana Amponsah Dokua III expressed worry over the devastation caused by illegal miners and it effect in Ghana and neighbouring countries.

She believes the time to bring all hands on deck is now.

He asserted that KAS observed a lack of will to stop illegal mining as a major problem in Ghana.

He said KAS would support initiatives by the Queen Mothers Platform in the fight against the illegal mining menace.

James Kwabena Bomfeh Jnr, Executive Director of Rights of Youth and Disability (RYD) International, called for a second look at the legal regime on mineral ownership.

He believes the ownership regime must reflect the interest of the people who sit on that wealth.

He said the constitutional provision that puts natural resources in their raw state in the President’s trust for and on behalf of the people needs to be reviewed.

DISCLAIMER: The Views, Comments, Opinions, Contributions and Statements made by Readers and Contributors on this platform do not necessarily represent the views or policy of Multimedia Group Limited.
Tags:
Galamsey
Illegal mining
National Queen Mothers Platform