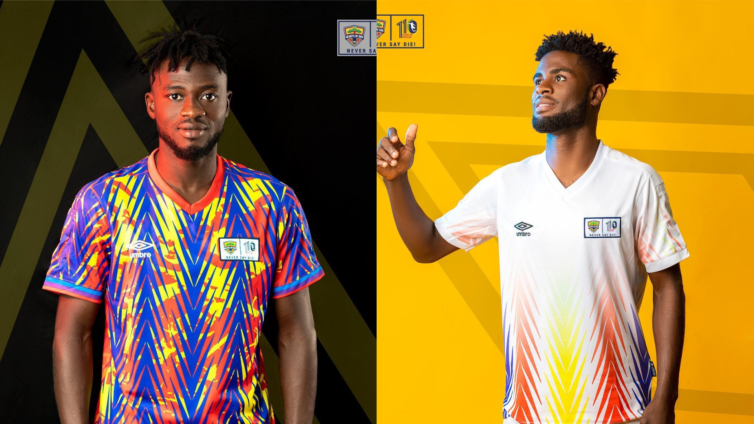 The 2020/2021 season was a great one for Accra Hearts of Oak after they won the Ghana Premier League and the MTN FA Cup.

It was not only an exciting moment for the players but for fans who had yearned for years for the love of the game to be brought back.

The unveiling of the Phobians new kit for the next season has given it’s fans another reason to keep loving the side and keep the enthusiasm high ahead of the next season.

Reactions of some fans

Last night, the champions of Ghana Premier League, Accra @HeartsOfOakGH unveiled what would be their next kits at a ceremony in Accra. Replicas of the beautiful jerseys are available for purchase by the faithful supporters. #Phobia110 #AHOSC #Umbro pic.twitter.com/b7CWoSTyoq

Whoever did the designs deserve an honorary award and a statute..

I am tripping for it…

#Phobia!!! The best #Phobia110
“Hearts of Oak is sweeter than marriage” ✊🏽 pic.twitter.com/J25tJ4FAdN

Didn’t think @HeartsOfOakGH could outdo themselves but my goodness what a kit!#Phobia110 pic.twitter.com/V9nREgRmol

Accra Hearts of Oak is the name
we’re PHOOBIA#phobia110#phobiaumbro pic.twitter.com/5jsrMsaFgF