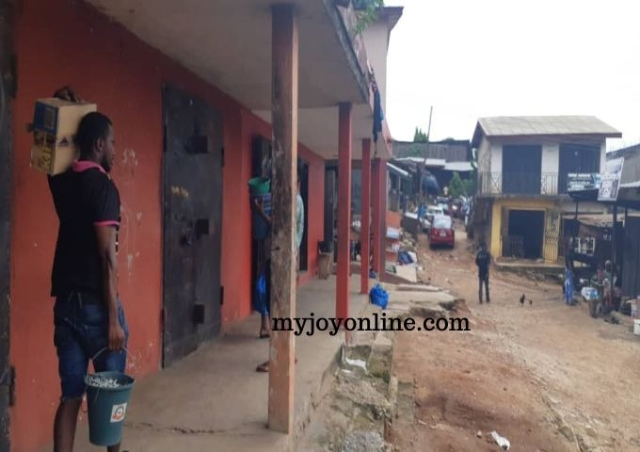 Nigerian traders have resumed business Saturday after days of agitations, between them and their Ghanaian counterparts in the spare parts market at Suame Magazine.

Speaking to Joy News at the country’s largest spare parts hub in the Ashanti regional capital, Kumasi, the president of the Nigerian Traders Association, Kizito Obiora said, “We are back in business by God’s grace but police are patrolling in the market.”

Shops belonging to Nigerian traders were shut down by Ghanaians, who vowed to evict foreigners from the market.

Traders at Suame wanted state authorities to enforce the local law which prevents foreigners from engaging in a retail business after they accused the Nigerians of taking over the market and flooding it with substandard goods.

Some Nigerian traders had to pack out of their shops for fear of further agitation from the agitated traders.

President of the Nigerian Retailers Association, Ikechukwu Obiara told Joy News their stores were under lock since Thursday, June 13.

Although the Ghanaian spare parts dealers in Suame have been faced with a lot of backlash from the public for their actions, their fellow dealers in Abossey-Okai, a suburb of Accra is siding with them.

In a press conference, the traders demanded the government urgently enforce laws that prohibit foreigners from engaging in retail trade in Ghana, a reiteration of the woes of their counterparts in Kumasi.

Their claim is backed by Section 27(1) of the Ghana Investments Trade and Promotion Centre (GIPC) Act 865.

It states “a person who is not a citizen or enterprise which is not wholly owned by citizens shall not invest or participate in the sale of goods or provision of service in a market, petty trading or hawking or selling of goods in a store.”

At the news conference, co-chairman of the Aboesey-Okai Spare Parts Dealers Association, Clement Boateng, in reference to law questioned why the foreigners have been allowed to engage in retail trade instead of wholesale.

“We put on record that for over 15 years, the Association has been calling for the various stakeholders to enforce this law and stop foreigners without the legal backing, from the retail business,” Boateng said.

However, Mr Obiora confirmed to Joy News’ Kojo Manu that every shop has been opened and no attempt of harassment on the Nigerians has been sighted since they resumed business.

He said, “I believe the security agency have done their work to prevent further attacks and they have restored peace and harmony.”