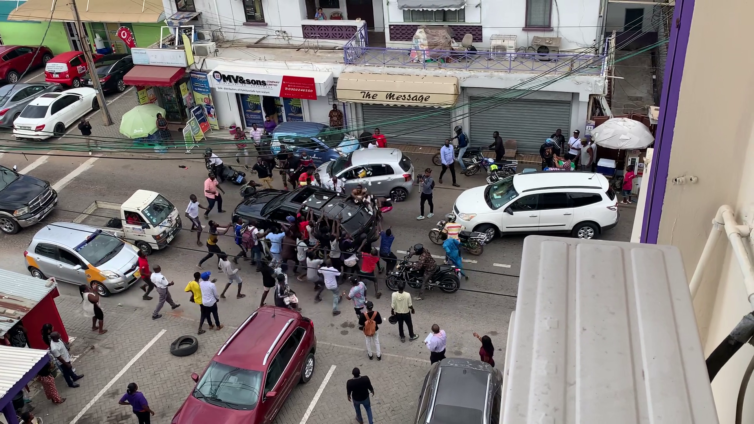 Prior to Shatta Wale’s exit from the premises of The Multimedia Group, fans of the artiste had massed up around the area in Kokomlemle.

His location at the time had become public knowledge as the dancehall musician was at Hitz FM for an interview with Andy Dosty on Thursday.

Amidst chanting and clapping, the crowd cheered their icon when he stepped out after the show.

Shatta Wale did not look on aloof, he surprised the mass by spraying cash on them before speeding off the scene in his Range Rover.

The gathered fans went erratic on the Faanofa Street as they dashed for the 5 cedis notes being rained on them.