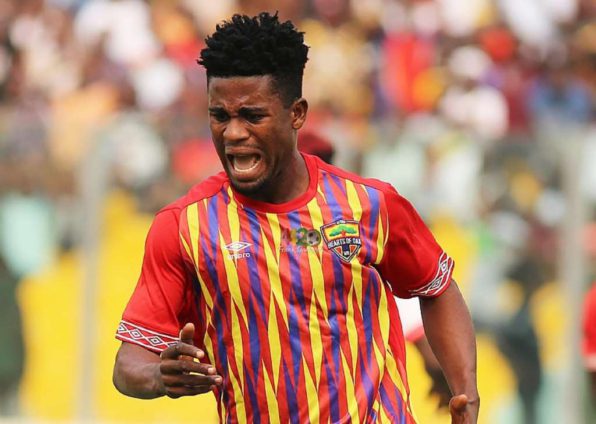 Hearts of Oak will accept an offer for striker, Daniel Afriyie Barnieh, only if the Board deem the price as great, that’s according to board member Dr Nyaho Nyaho-Tamakloe.

The former U-20 star scored 10 goals this season including crucial goals in the President’s Cup and the MTN FA Cup final against Bechem United on the final day of the season.

Reports have indicated a number of clubs are chasing the signature of the forward following a great season, but speaking to Joy Sports in an exclusive interview, the former board chairman Nyaho-Tamakloe explained the striker can only leave for the right fee.

“Barnieh is a good footballer. He’s been with us since he played at the u-20, his stock definitely will rise. It will depend on the offer which will be given and I’m sure management will look at the offer. If it’s attractive, then we’ll go for it.”

Fans have long complained about the lack of management structure at Hearts of Oak and attribute the recent issues with poor player contracts and star men leaving for free in the last decade to the situation.

The club is currently without a managing director or management and is run by a few members of the board.

Fans have attacked board members Alhaji Akanbi and Vincent Sowah Odotei and blamed them for what they describe as poor management of the club.

The Phobians have had some Managing Directors in the past but the administration structure made it difficult for them to work.

Nyaho-Tamakloe adds that a new management team will be put together soon.

“Proper management will be put in place very soon, there’s no problem about that [and] you’ll hear of it soon. I don’t think the board will continue to over the day-to-day affairs of the administration. No one has got time for that.”