Daniel Dugan: Hon Atta Akyea, such comments will not help the Veep’s case 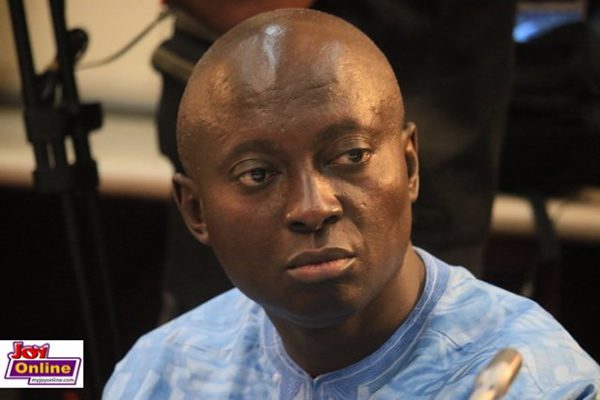 The discussions are based on who is most capable to win and become the flag bearer, and lead the NPP to break the eight. This is what the whole of NPP members are hoping for. Considering the infrastructure developments by way of factories, roads and railways and in addition to expansion of food production, there is the hope that H.E. President Nana Akufo-Addo, will be the first president in the fourth republic to hand over to a president-elect from his own party.

Supporters of these aspirants are coming out with statements and suggestions on why their man should be considered. While some of such talks are constructive, others do not seem to be helpful to the aspirants. In my opinion, I feel it is very important, to note that any negativities could hurt their choice in particular and the party in general, and one fine gentleman and politician made such remarks.

There are lots of good things to say about each of the aspirants. Vice President Bawumia is known for digitalization and today, Ghanaians can apply for passports among other important documents on line. Dr. Akoto Afriyie is known for expansion of food production with Planting for Food and Jobs, which a former NDC MP for Ejura Sekyeredumase Constituency in the Ashanti Region, Alhaji Mohammed Issifu Pangadu benefited so much from that he praised the PFJ Initiative and got attacked for that by the NDC.

Hon Allan Kyerematen, is godsent with his industrialisation drive in Ghana and Africa. He is turning rural areas into industrial parks and putting money in the pockets of the youth who could have gotten into vices without proper jobs.

Anything that will graduate into arguments hostilities can hurt the Party.

Instead of highlighting on the positivity of his choice, which can also help the NPP’s chances in 2024, whether Bawumia gets chosen or not, Hon. Atta Akyea only made statements that could generally hurt the Party. When he appeared on Asaase FM, the MP, in his bid to promote Dr. Bawumia, made some statements that he should not have made.

His second point was his concern that the NPP is been labelled an Akan party and so to make it look more of a national party, the NPP should do everything possible to remove that Akan tag, meaning putting up a non-Akan flag bearer.

Everybody knows that it is the Akans, more than any tribe, that hold high the NPP. The fact that Akans are the largest ethnic group, helps matters for the NPP. For example, without Akans in Greater Accra region, NPP could probably never win any seat in that region.

It is on record that the only region that has consistently voted NPP, since 1992, is the Ashanti region. The Akan dominated Eastern region joined in 1996 and has since remained faithful to the NPP. In 2000, three other Akan dominated regions, Brong Ahafo, Western and Central regions joined in with Greater Accra to give NPP, its first taste of power. And anytime two or more of the above-named regions voted against the NPP, the party lands in opposition.

Talking against “Akanization” because others feel uncomfortable about it and adopt some sort of “political neutrality” will harm the NPP. If NPP is not comfortable with Akans in the party, what would happen if they abandon ship? That will be a sad good bye to NPP in this country.

If Hon Atta Akyea feels that Akan dominance of the NPP is not good, then what is he doing in the party? Why does he not leave? After all there are some Akans who are NDC, PPP, CPP and others? He could do the Party a favour by leaving and help reduce the Akan population within the Party, by one.

Akans must be celebrated by the NPP, it is nothing to be shy of. Non-NPP members would wish this is not so, so that the larger Akan population would be spread among all political parties, meanwhile they will continue to jealously hold on to their various ethnic support bases. The NDC with pride hold Ewes and some of Northern ethnic groups to its chest; the PNC will do same to ethnic groups in the Upper West region; and the CPP jealously guard their base in the Western region.

But when it is about the NPP, it is called names like Akan based party and surprisingly, seasoned NPP politicians like Hon Atta Akyea would suggest any means possible to get rid of that tag. What ungratefulness and cowardice. Others are celebrating and defending their own, while in NPP, some want Akans to be pushed to the background for the sake of Gabby Otchere Darko’s definition of political neutralization.