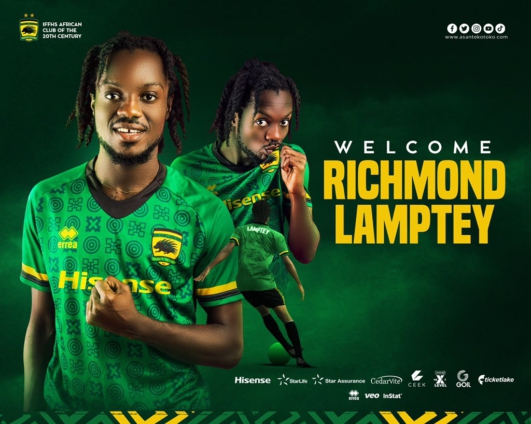 Asante Kotoko have completed the signing of Richmond Lamptey from Inter Allies.

The midfielder joins the Porcupine Warriors on a three-year deal.

Lamptey becomes the first signing by Kotoko in this transfer window.

Richmond Lamptey with an early contender for Goal of the Season #GPLwk3 pic.twitter.com/vJB03Tfnqq

The WAFA graduate stole the headlines with an incredible long range effort against Kotoko’s rivals, Hearts of Oak.

In 2018, the midfielder left WAFA for Inter Allies on a free transfer before he was loaned out to Lebanese second-tier outfit Salam Zgharta.