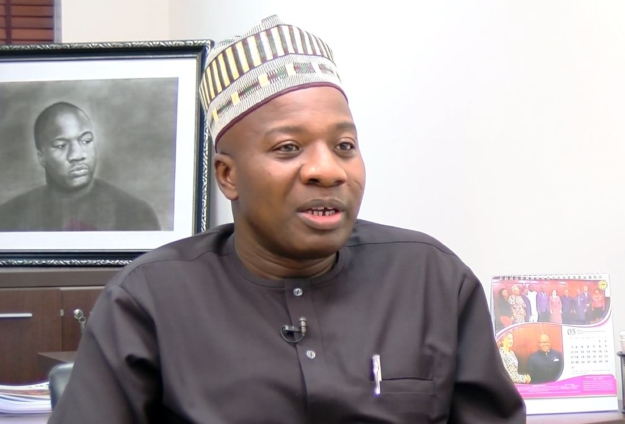 Member of Parliament for Bawku Central, Mahama Ayariga, has petitioned the Bank of Ghana to investigate the dealings of the Board Chairman of the Ghana Amalgamated Trust (GAT), Mr. Albert Essien and the Chief Executive Officer, Eric Nana Otoo.

This is the second petition the legislator has sent to the Bank of Ghana over the activities of the two individuals.

In his latest petition, Mahama Ayariga alleges that the two are working together to give the share of GAT to third parties. According to him, the move is being done with the coordination of the Ministry of Finance and the Second Deputy Governor of the Bank of Ghana.

The NDC lawmaker has therefore written to the Central Bank to issue an order of ‘cease and desist’ to GAT. In his view, such an order will enable the Bank of Ghana to conduct a more fruitful investigation into his allegations.

“I acknowledge receipt of the letter dated January 6, 2022, from the Board Secretary on the above-mentioned subject. I have taken note of the fact that GAT has not applied to the Bank of Ghana (BoG) in their disingenuous quest to dispose of their shares in the bank to private persons.

Indeed, this omission to seek your approval, which you have graciously confirmed, is the main concern of this communication. I have contended that GAT is a financial holding company by any stretch of our interpretation of the definition of a financial holding company in Section 43 (2)(a) and 44(1) of the Banks and Specialized Deposit-Taking Institutions Act, 2016 (Act 930).

As you are aware, of Section 49 of the Banks and Specialized Deposit-Taking Institutions Act. 2016 (Act 930) is very clear that a person will require the prior written approval of BoG before transferring any shares which affect a significant shareholding in a specialized deposit-taking institution or a financial holding company”, portions of the petition read.

In his view, the Ghana Amalgamated Trust (GAT) was created as a Special Purpose Vehicle to hold shares for government, and thus the decision of the trust to engage in the sales of shares is out of order.

In December last year, Mahama Ayariga petitioned the Bank of Ghana (BoG) to look into attempts by the Finance Minister through his agents at the Ghana Amalgamated Trust (GAT) and Securities and Exchange Commission (SEC) to sell the state’s shares in rescued banks to suspicious third parties.

In his petition, Mr. Mahama Ayariga called for a probe into the activities of the Board Chairman and CEO of GAT, Albert Essien and Eric Otoo respectively. He alleged that these two individuals “are coordinating with the Ministry of Finance and Second Deputy Governor of BoG to implement the questionable transaction”.

Reacting to the allegations, GAT dismissed allegations that it is illegally selling off state shares in the rescued banks to questionable individuals. Speaking to Evans Mensah on NewsNight on December 23, the Chief Executive Officer of the Ghana Amalgamated Trust, Mr. Eric Otoo indicated that the allegations are not rooted in any factual evidence.

According to him, GAT is not selling off shares to nominated individuals, as was alleged by the MP for Bawku Central, Mr. Mahama Ayariga.

“So to clarify the issue, I’ve seen a letter that’s been passing around on social media by the MP [Mahama Ayariga], as you indicated. And just to clarify, in the letter, the MP is indicating that GAT is selling shares of the banks that GAT invested in, as part of the government’s policy programme, and it’s actually not the case.