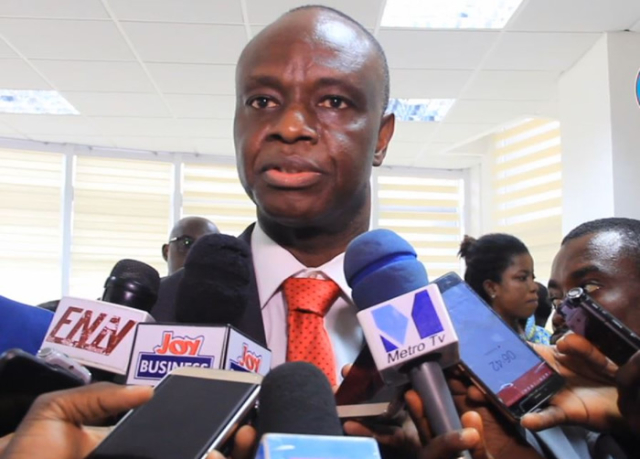 In a statement copied to JoyNews, the Authority said it was only discharging its duties as stipulated by law and nothing more.

Chronicling events that led to the closure of the stations, the NCA said it was “within its mandate when it proceeded to close down stations operating without authorisation.”

Mr Mahama accused the NCA of unfair treatment following the closure of the stations, some of which are pro-NDC.

During an interaction with the President of the Ghana Journalists Association, Roland Affail Monney, the former President lamented said the NCA was deliberately keeping the stations closed despite the existence of a tribunal to deal with such matters.

But the NCA disagrees. It states the reasons for the shutdown of radio stations last year in the statement below:

The National Communications Authority (NCA) has taken note of comments made about the NCA by ex-President John Mahama during a courtesy call on him by executives of the Ghana Journalists Association.

Mr. Mahama accused the NCA of closing radio stations in order to stifle free speech, adding that with the evolution of technology, spectrum would not be necessary before one can broadcast.

NCA wishes to respond as follows:

It should be noted that while the possibility exists that these stations re-applying may not receive their old spectrum, so far all the all stations which have re-applied in line with the ECT’s decision have not had their Spectrums re-assigned and have been given their old spectrum.

The NCA wishes to reiterate that any organisation that seeks to run TV or FM broadcasting will need a frequency, and the issuance of frequency is dependent on availability as it is a finite resource. The advancement of technology does not make frequency or spectrum redundant.

Precisely because spectrum is finite, it is important that as the organisation mandated by the laws of Ghana to manage this resource, the NCA does so diligently and according to international best practice as set out by the International Telecommunications Union, of which Ghana is a key member representing the Africa Region on the ITU Council.

We take this opportunity to inform the general public that the Authority has a State of the Art Broadcast Monitoring System to monitor the spectrum and to ensure that there is order in its allocation, operation, management and judicious use.

The NCA will want to reiterate that it is committed to executing its mandate as set out by law and will continue to work hard in developing the telecommunication industry in Ghana. The Authority further calls on authorisation holders to adhere to the tenets and regulations of their authorisations strictly, and ensure that they do so within the realm of the law.