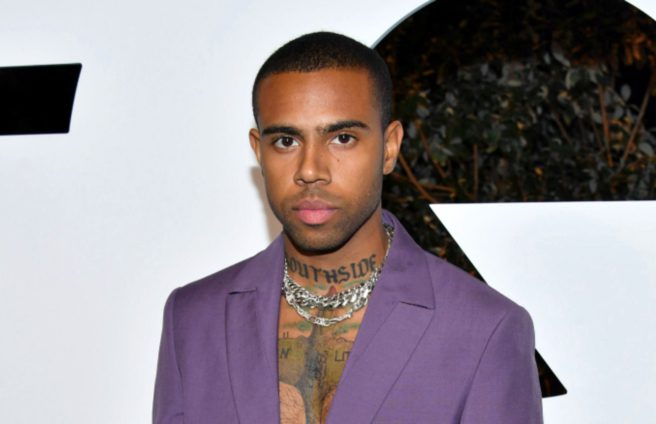 American Ghanaian rapper Vic Mensa has pleaded guilty to possession of a controlled substance after he was arrested for carrying shrooms.

He pleaded guilty to one count of possession of a Schedule III controlled substance, which is a Class 1 misdemeanour, a rep for the Loudoun County Commonwealth’s Attorney, Kendra Glover, told TMZ.

The report by TMZ indicated that Vic Mensa was sentenced to a year of probation after striking a deal with prosecutors.

“We’re told as part of the plea deal he got 12 months in jail, but that was suspended — meaning instead of serving it behind bars, he’ll have a year of unsupervised probation,” they reported.

Among other things, Vic Mensa is expected to perform 25 hours of community service, pay a fine of $1000 and also take a substance abuse assessment.

“By the way, he’ll get 50% off that fine if he successfully completes the other probation terms,” TMZ added.

Vic Mensa was arrested at the Dulles airport in the United States, in January 2022, on his return from Ghana where he had been spending his holidays.

He was apprehended by the U.S. Customs Agents for allegedly possessing a stash of mushrooms.

This is because Shrooms, scientifically called Psilocybin, are Schedule III substances — defined as drugs with a high potential for abuse or drugs that have no recognized medical uses — under US federal law.

Hence, was booked for a felony related to narcotics possession when he was taken into custody at the Dulles International Airport outside D.C.

Speaking to TMZ following his sentence Vic Mensa said that “in this case, I have decided to plead guilty to a misdemeanour charge. I have been extremely vocal about my mental health, the culture at large and access to mental health treatment.”

“It is important to note the extensive research being done on the topic of psilocybin [shrooms] and the many significant movements underway for legalization and decriminalization.”

He noted that institutions like Johns Hopkins, the University of California among others have all dedicated years to the research. However, the laws have not kept up with the research showing that psychedelic plants and compounds can be successfully used to treat otherwise treatment-resistant mental illness.

“I have contributed positively to many communities and will continue to do so with this case. My hope is that the silver lining to this matter will be increased focus on the effectiveness of psychedelics to treat mental illness and mood disorders that millions are battling with depression and anxiety with hope that all of our laws will change accordingly,” he added.