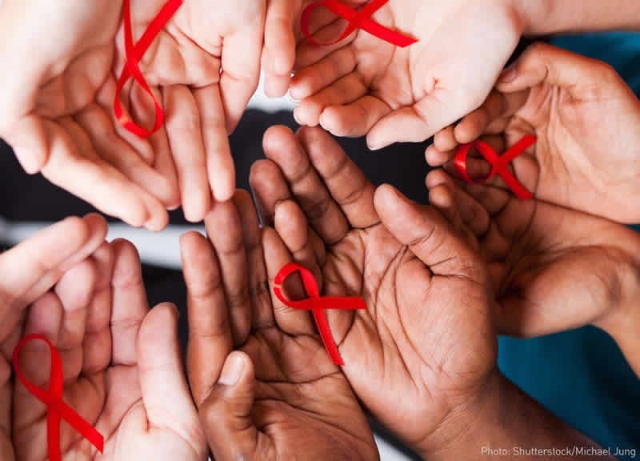 The Ghana Journalists Association (GJA), as part of its efforts to contribute to the UNAIDS 90-90-90 Treatment Target and control Human Immunodeficiency Virus (HIV) prevalence, has called on journalists to be mindful of their language.

Vice President of the Association, Linda Asante-Agyei said journalists had a core responsibility to protect vulnerable individuals and groups including; people living with HIV and not to worsen their plight.

She said, it could help to foster positive attitudes towards people living with HIV or fuel stereotypes, stigmatisation and discrimination against them.

“As we discharge our duties in educating the public, we should be mindful of the language and terms used in describing HIV and AIDS as well as people living with HIV, which provokes stigmatisation, despite tremendous advances in HIV treatment and prevention,” she added.

Mrs Asante-Agyei gave the advice at the commemoration of the “2019 World AIDS Day” in Accra on the local theme, “Communities Make the Difference – Help End AIDS.”

Speaking on the theme, she called on the media to deepen their efforts in educating the public, through factual reportage on the disease, to help eliminate stigmatisation against people living with the virus.

“Our hope is that as journalists, we will report on HIV with accuracy and sensitivity to avoid stigmatising people living with HIV and to clarify a common misunderstanding about the disease.”

The GJA Vice President said Ghana exerted more efforts to fight HIV, and the role of the media in contributing to the fight could not be underestimated.

On the part of GJA, the media community was a unique force behind the success of the HIV response and movement towards universal health coverage.

She called on all other communities to join forces with the government, and civil society organisations to help to totally eradicate HIV in the country.

The Health Minister, Kwaku Agyeman Manu in a speech read on his behalf by the Deputy Minister, Alex Kodwo Kom Abban, said it was refreshing to note that almost no child or adolescent was growing up with HIV associated illnesses in the country.

He said the country was losing some youth on treatment due to stigma and complacency.

“Our community groups can contribute greatly to address these challenges through community-based strategies if we are to achieve our 90/90/90 targets by 2020, which is just around the corner,” he said.

He called on all community leaders to double their efforts to strengthen linkages from testing to treatment.

That would enable persons living with HIV to remain in care to increase the current viral suppression rate from 68 to over 90 percent, he said.