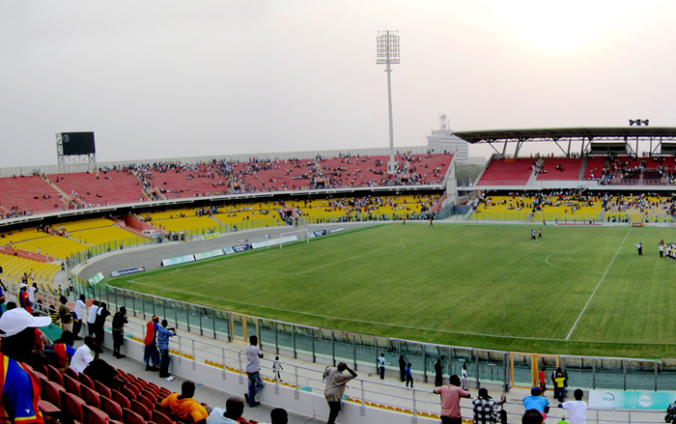 Sunday’s Super Clash between Hearts of Oak and Asante Kotoko at the Accra Sports Stadium will see the venue maintain the 25% stadium capacity, the National Sports Authority (NSA) has confirmed.

The government imposed a restriction on all match centres across the country to allow just 25% of the fans into the stadium as a measure to reduce the spread of the coronavirus.

The NSA was looking to see that number increased ahead of the clash between Hearts and Kotoko on Sunday as they asked the government COVID-19 Task Force to ease the restrictions in order to see more fans attend the game.

However, the latest reports indicate the government is yet to respond to the demand of the NSA, with the Ghana Football Association also said to have printed just 9,200 tickets, which represents 25% of the stadium capacity, to the NSA for distribution ahead of the encounter.

Speaking in an interview, the NSA’s Public Relations Officer, Charles Amofah said his entourage are still hopeful of a last minute change in mind from the health authorities to allow them admit more fans at the Accra Sports Stadium.

This is no longer about just health, it also has security implications,” he told Citi Sports.

“Due to the high demand in the game, we anticipate that too many people will gather around the stadium, trying to force their way in. We experienced that in the game between Hearts of Oak and Great Olympics last season. A gate was eventually rammed.

“If we open it up to admit more people, we can afford a repeat of a similar incident,” he added.

The game between the Phobians and the Porcupine Warriors is a matchday seven outstanding fixture in the 2021/22 Ghana Premier League.

Kotoko head into the game at the top of the league, 12 points above fierce rivals Hearts, who occupy the eight position on the league log.

DISCLAIMER: The Views, Comments, Opinions, Contributions and Statements made by Readers and Contributors on this platform do not necessarily represent the views or policy of Multimedia Group Limited.
Tags:
Asante Kotoko
GPL
Hearts of Oak
Super Clash